Hundreds of protesters in Santiago descended on Plaza Dignidad and clashed with police after the murder of a street artist in the city of Panguipulli for the crime of not carrying his ID. Despite being hit with water cannons, tear gas, and other chemical weapons, protesters were able to occupy the Plaza several times and hold it off from land assaults by law enforcement.

Protesters started off the demonstration by marching in numbers of about 150 to Plaza Dignidad, shrugging off water cannons and pushing into the area in spite of heavy police use of chemical weapons.

Protesters then began to consolidate their control over the area after Carabineros retreated, with another crowd of hundreds marching from Cerro Huelen to Plaza Dignidad as the strength of the crowd continued to grow.

Carabineros then returned to Plaza Dignidad, pushing out protesters with water cannons, tear gas, and other chemical weapons.

Police then began to chase protesters down the Alameda on foot, following closely behind with water cannon trucks and armored vehicles, before being pushed back at the Pio Nono bridge.

In spite of being hit with chemical weapons, protesters managed to take back Plaza Dignidad after pushing back Carabinero forces.

Despite sporadic attacks by Carabineros on protesters, Plaza Dignidad remained consolidated by the crowd, who sang chants against police repression and in support of the uprising’s political prisoners.

Carabineros then returned to attack demonstrators, with significant clashes taking off before the last protesters left Plaza Dignidad for the day.

Barricades were then put up in Lo Hermida and the intersection of the Alameda & San Lucía.

Neighbors across Santiago then began what is known as a “cacerolazo” in Latin America, a practice of banging pots and pans to make noise across an entire area.

Barricades were then placed and burned in several places across the communes of Santiago, disrupting traffic.

Hundreds of protesters in Santiago descended on Plaza Dignidad and clashed with police after the murder of a street artist in the city of Panguipulli for the crime of not... 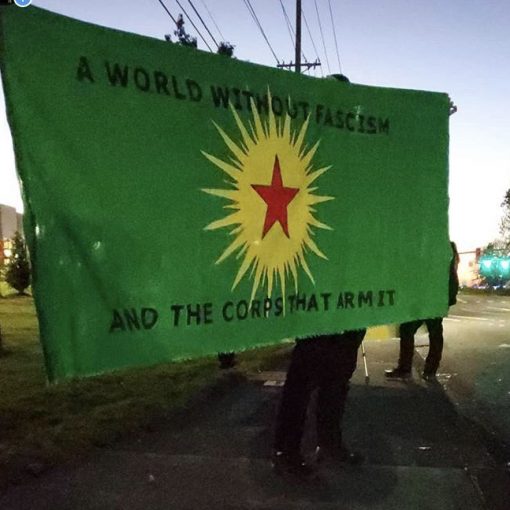 Symbiosis PDX, a communalist Portland-based group, held a rally in support of Rojava on the 8th, condemning Boeing’s sales and leases of […] 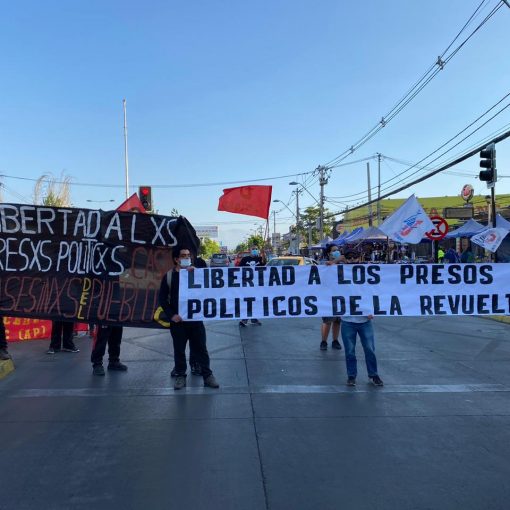 Chilean communists took to the streets in La Florida to protest for the resignation of President Sebastian Piñera and the release of political prisoners, gathering in the dozens. The demonstration was organized by the 2nd Cell of Mayo and La Florida, a local communist organization. 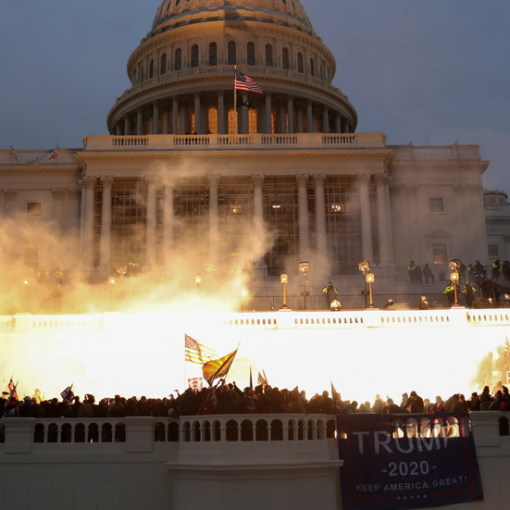 A chronological timeline of the events of the January 6th Insurrection as they unfolded. 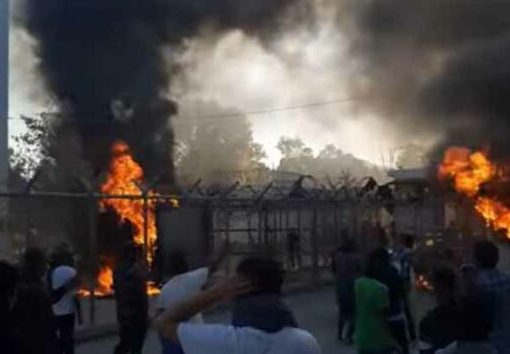 An uprising occurred at the Corinth refugee camp with participation from dozens of inhabitants who set fires and clashed with police after a 17-year-old Kurdish boy committed suicide after his 16-month detainment was extended on the supposed day of his release from the Greek camp.