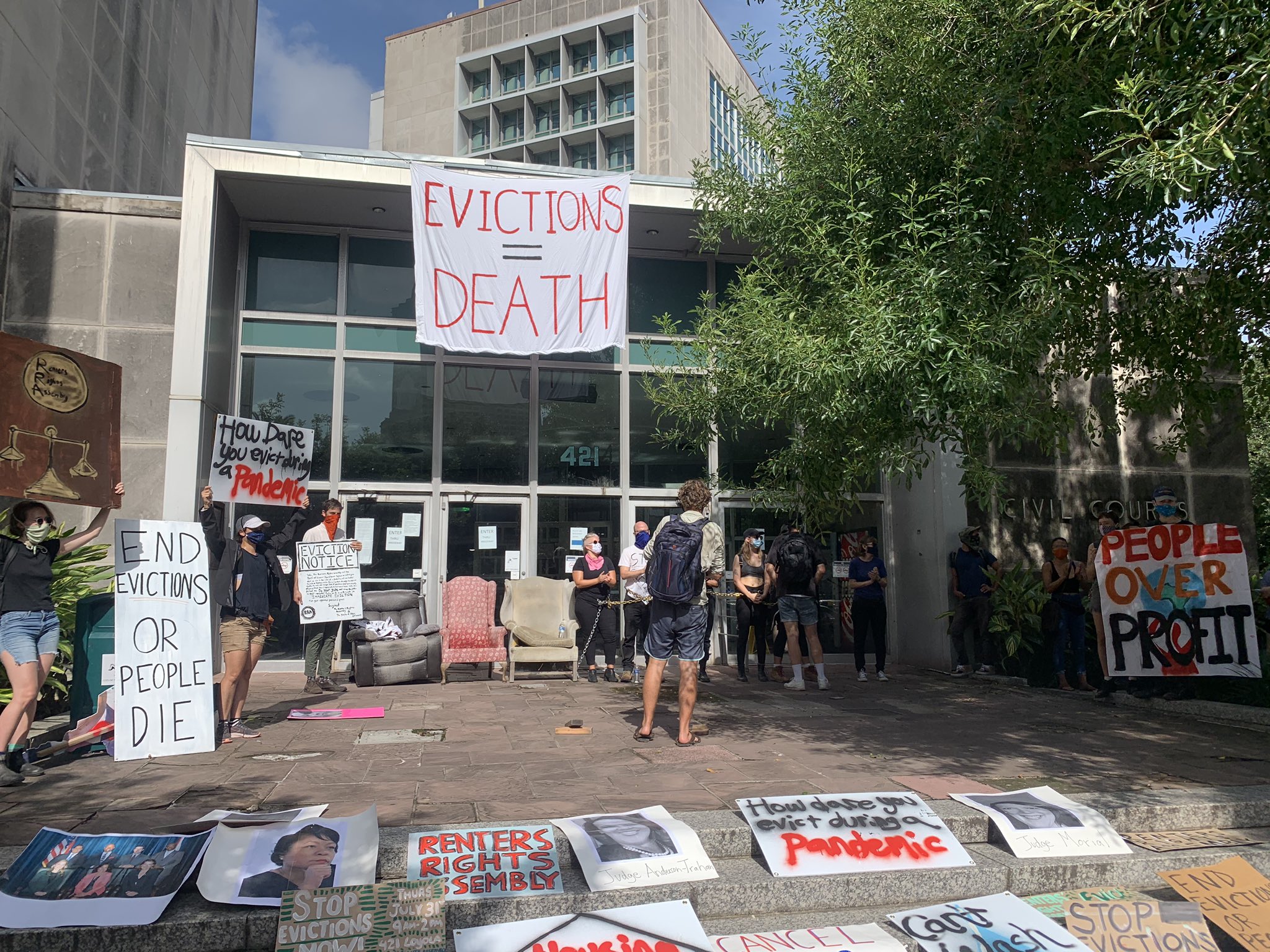 After America was hit by a brutally rampant virus and incompetent administration, the GDP has shrunk by more than 33%; comprehensive rent and mortgage moratoriums have not been passed by the federal government, and states have wildly varying laws regarding evictions during the COVID pandemic. Most states have a moratorium on evictions, some on rent payments, but in most if not all, court orders are still allowed for evictions and so, more than 28 million evictions were backlogged until the end of the pandemic. Louisiana was a hub at first for allowing evictions during the pandemic.

Several labor groups protested in Annapolis to stop evictions in the state of Maryland, as well as a cancellation of rent for the COVID-19 pandemic. Police did not confront the group on the 26th of July, although they did harass and arrest other protesters during different demonstrations.

On the 30th of July in New Orleans, there was a protest outside a courthouse blocking landlords seeking an eviction order. This protest made splashes across Twitter and other social media websites.

On the 6th of August in Denver, protesters blocked the Webb Building downtown to protest evictions, which have been delayed but are still being accepted. Over 600,000 people are at risk of being evicted once the moratorium ends and the COVID-19 pandemic subsides.

On the 16th of August, people protested outside a courthouse in Rhode Island to advocate against evictions in the state, as well as the fact that rent had been furloughed and is due at the end of the moratorium, instead of having been cancelled. The protest was violently dispersed, with police arresting most protesters and dispersing the rest.

Protests in Chicago occurred on the 21st of August, and was live-streamed by the leftist media organization Status Coup.

Larger protests occurred in downtown Los Angeles, organized by socialist trade unions as well as several anti-eviction organizations. There are hundreds of thousands of people in LA at high risk of being evicted en masse, as the moratorium on evictions still allows for the process to occur. If the tenant does not provide a case in court, the eviction order will automatically be accepted and will go through after the COVID-19 pandemic.

Table of Contents PrefaceProtests After America was hit by a brutally rampant virus and incompetent administration, the GDP has shrunk by more than 33%; comprehensive rent and mortgage moratoriums have...