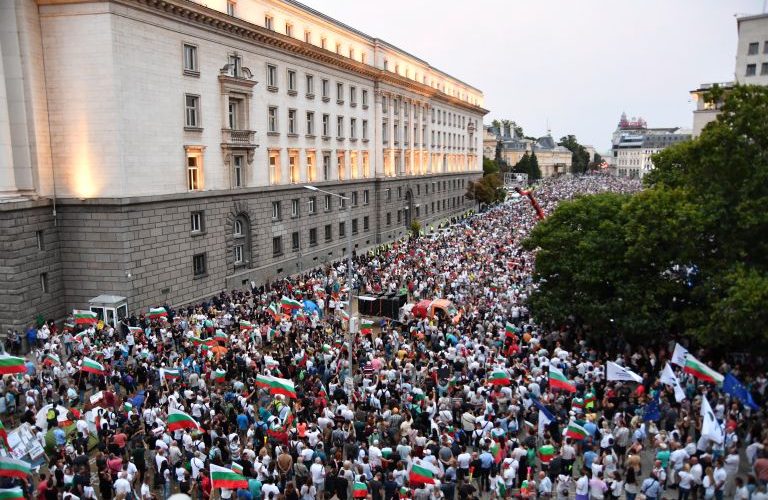 At the beginning of 2020, Bulgaria appointed a new Prosecutor General, Ivan Geshev, an official viewed very unfavorably even before his appointment. The PG had a record of stating his opposition to the separation of powers in the government between legislative, executive, and judicial.

Soon after taking up his role, Geshev attempted the arrest of the richest man in Bulgaria for tax evasion, Vasil Bozhkov. The arrest was unsuccessful and Bozhkov managed to escape to the United Arab Emirates. The failure of the arrest only contributed to Geshev’s unpopularity with the Bulgarian people.

During the COVID-19 lockdown, Bozhkov decided to counterattack the government, which has also been key for the appointment of that Prosecutor General and has him function like a politician rather than a part of the prosecution. Bozhkov revealed corruption schemes, lobbyist laws and shady deals that he made with the Prime Minister, Boyko Borissov. He also claimed that the GERB government had accepted a new law on gambling in exchange for Bozhkov giving 20% of his profits personally to the PM. The cooperation allegedly broke when the Prime Minister decided to take the entire business, claims the tycoon. A photo was also discovered of Borissov in his bedroom which was confirmed to be real by independent groups.

Following that, a recording was received showing Borissov saying “we need to hit that businessman and smash his face in because he does not respect me”, which was confirmed to be real by an American laboratory. After that, it was made public that a shady businessman and ex-politician, Ahmen Doğan had stolen land from the state and even had State Defense Services guarding the stolen land for him. The President, Rumen Radev, criticized the government for the land theft and demanded an explanation on what was found in Borissov’s bedroom.

The next day, Radev’s advisor was arrested for “conflict of interests” allegedly, but most likely an attempt to intimidate the President. The President was already at odds with the government, as he beat the candidate that the government supported by a landslide in the 2016 elections. After the arrest of his advisor, protests began on the 9th of July, demanding the resignation of the government and the chief prosecutor.

Police violence began almost immediately, and Borissov defended the case of a beaten university student by saying that their grandfather was a communist. On one of the biggest nights of protest, he went live on Facebook to say, “I will not resign because ‘they’ (who?) want to break Bulgaria.” The Bulgarian Socialist Party began a no-confidence vote in the government, citing 25 corruption scandals that have occurred since 2017; it failed and Borissov’s government stood. He tried to redirect public attention to his proposed “new constitution” and the firing of the Finance, Economics, Tourism, and Internal Affairs Ministers.

It became clear that the constitution was just a timewaster, and the Minister of Law resigned shortly after. There has been a stagnation of protests since late September, and the government will probably be voted out in March.

Table of ContentsPrefaceProtestsPreface At the beginning of 2020, Bulgaria appointed a new Prosecutor General, Ivan Geshev, an official viewed very unfavorably even before his appointment. The PG had a record...