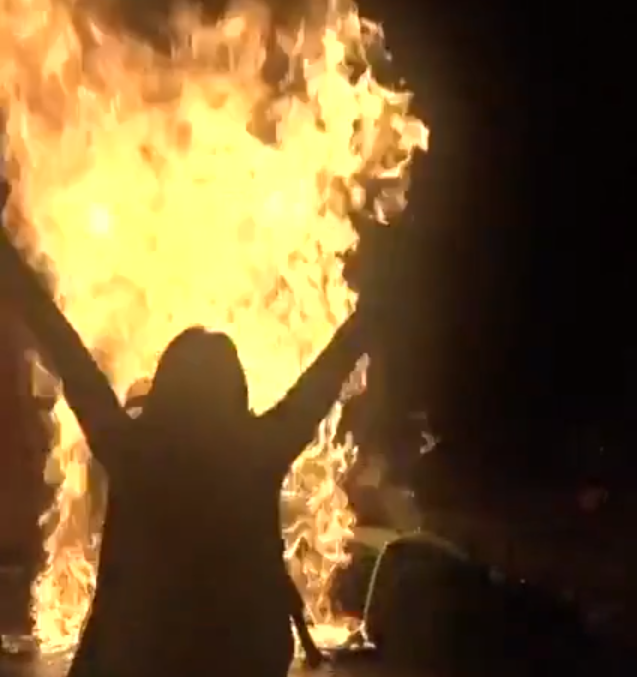 Colombia is a nation that has been at civil war for more than 60 years, against the FARC, a previously communist militia that eventually decayed into a narcotrafficking bloc. Colombia has terrible records on human rights, with more than 120 human rights activists being killed every year, as well as prisons at over 3x capacity. There is also a refugee crisis of over 2 million Venezuelans in the country, and Colombia has received nearly no assistance due to weak foreign policy and generally just following American precedent.

Protesters sought more funding for public university tuition, more human rights watchdogs, and comprehensive policy to assist Venezuelan migrants to Colombia for which the country has not received nor given any assistance.

Colombian protesters generally used the Colombian flag for protesting, but several groups used the symbol of the Rebel Alliance from Star Wars as a symbol of protest as well.

Protests in Other Areas

Police brutality was very common against protesters in late November, with police targeting regular civilians and with gear that seems incredibly militaristic. The media did its best to ignore what was happening and the neoliberal regime refused to take responsibility for any excessive force exacted by state security forces.

Going into the morning, Duque said that he would not recall troops that had been patrolling in the streets, and that the measure was to maintain order. After the previous night’s curfew, protesters returned to the streets, with hundreds in the capital’s National Park being dispersed with tear gas, and…

Thousands of protesters gathered at Plaza Bolívar in the capital Bogotá, where they were later dispersed with tear gas. In response to the protests, President Duque said that he would open a “national conversation” after the weekend; the Defence Minister Carlos Holmes Trujillo said that 11 investigations into “alleged misconduct…

200,000-1.2 million Colombians fill the streets, after rumors of pension cuts. They ride a wave of protests sweeping South America. Demonstrations turned violent, with clashes between police and protesters occurring later in the day and some groups attempting to storm Capitolio Nacional, the building that houses the Congress of Colombia….

Many Colombian conservatives and nationalists established that the protests were not legitimate and funded by outside sources, specifically the United States under Donald Trump, Venezuela under Nicolas Maduro, and Cuba under Raul Castro. They say that the concerns of the protesters are not real and that Marxist-Leninist guerillas made up the bulk of unrest.

The protests were violently suppressed, and although the government under the administration of Iván Duque Márquez who promised to address the concerns of the nation. That has not happened as of August 2020, and it is very unlikely that the state will waver in the stances that it currently holds. The nation has to grapple now with its lack of funding to the education system that the protesters demanded.