Police were seen almost immediately having a presence in the University of Chile, with water cannons and riot gear at the ready in order to effectively crackdown on the protests.

Protesters in several junctions of Santiago also began a march to the University of Chile amid the observed police crackdown.

Protesters then began a march from the Catholic University to the Cerro Huelen hill in central Santiago, and were soon hit with water cannons by police. Carabineros then proceeded to begin bullrushing protesters at the University of Chile near the Presidential Palace.

Hundreds of protesters then began to march from the Gabriel Mistral Center, a cultural center in central Santiago on the Alameda, en route to the University of Chile.

Severe police crackdowns began to occur at the center of Santiago, at the intersection of the Alameda and Ahumada. Dozens of arrests were then made against protesters, with bullrushes seen for the first times in use.

Protesters arriving at the Alameda/National Library intersection were hit by the 66, 64, and 42 water cannon vehicles with extreme chemical concentrations.

It was observed by protesters that tear gas appeared to be thrown via artillery, with canisters falling from the air at hundreds of feet/meters high.

Carabineros shot tear gas at protesters at the Cerro Huelen hill that could have started a fire as protests split up into smaller roads in central Santiago.

Meanwhile, protesters began to record the streams of chemical water that looked extremely silky and left a residue and trail on the ground that looked substantially suspicious. Protesters then also began to flee tear gas and Carabinero advances at the Alameda/San Lucia intersection.

Barricades were also registered at the Diagonal Paraguay road in central Santiago by a group of ~200 protesters.

Protesters began to take back the Alameda, which was cut off from Plaza Dignidad all the way to Los Héroes, with clashes registered at the Alameda/Santa Lucia intersection at 8:02 P.M. Thousands were seen marching to the University of Chile clashing with police at the Alameda.

A slurry of crimes committed by the Carabineros was then registered, with a 12-year-old child beaten in an attempt to arrest others, and a member of the Piensa Prensa TV independent media group directly hit by a water cannon in a successful attempt to retrieve a sample of chemical water.

Brutal assaults began with water cannons, with water cannons aimed directly at protesters near Cerro Huelen. Multiple possible concussions occurred after Water Cannon truck No. 42 hit protesters standing at a bus stop, knocking several over and possibly hitting some in the head as well as driving others into a wall.

Barricades were then registered at the Alameda/San Lucia intersection.

At the end of the protest, activists noted online the number of snitches and government informants that there appeared to be, citing this video where several plainclothes “civilians” ran away after starting fights with a group of medics.

Police were seen almost immediately having a presence in the University of Chile, with water cannons and riot gear at the ready in order to effectively crackdown on the protests.... 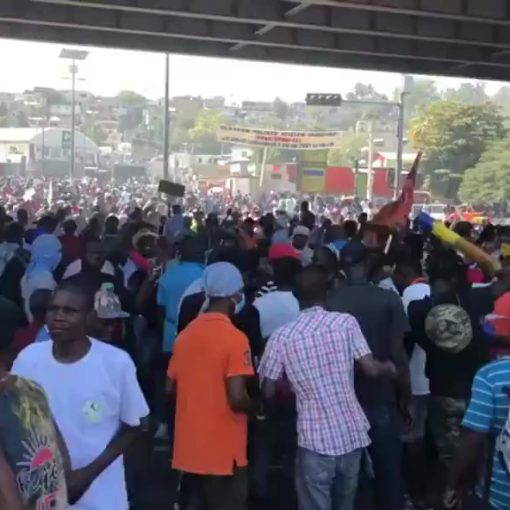 Thousands of protesters gathered in the Haitian capital of Port-au-Prince to demand the resignation of US-backed president Jovenel Moise, seen by many as a tyrant who kills on behalf of the interests of neocolonial European & American interests, especially after his dissolution of Parliament in 2019. Police responded with extreme brutality, opening fire with live bullets and killing at least 1 activist. 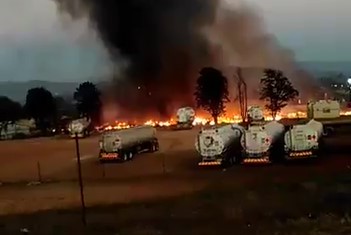 Hundreds of protesters across Eswatini returned to the streets in opposition to the continued existence of the country’s government, recognized as the last absolute monarchy in Africa. Demonstrators set fire to assets and businesses belonging to King Mswati, following brutal repression by security forces and police. 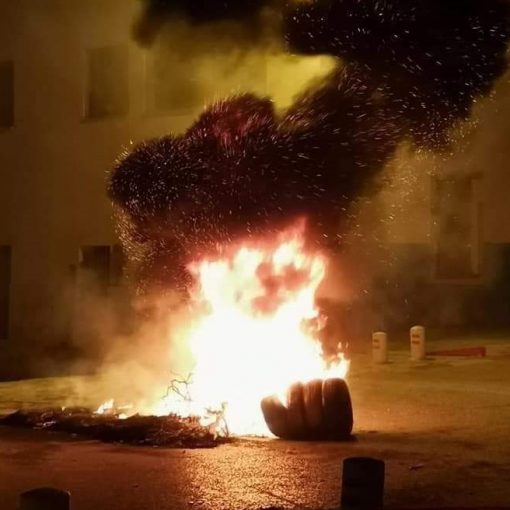 Dozens of Tunisians burnt barricades and clashed with police in the coastal city of Sousse, demanding a stimulus as the country re-enters lockdown after a spike in cases. Police deployed tear gas but were unable to make any arrests or quell the demonstration until morning. 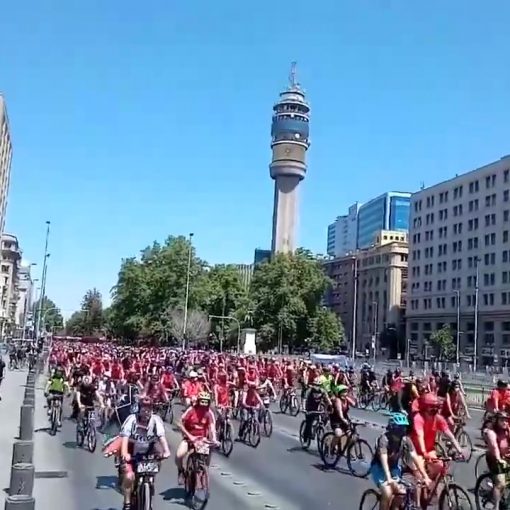 Thousands of bikers went through the National Mint, and the Costanera Center, a high-end business center, demanding the resignation of the Minister […]