Thousands of protesters across the Chilean capital city of Santiago gathered for the 2nd day of the national mobilization against President Sebastian Piñera, clashing with Carabineros who deployed chemically tainted water cannons, tear gas, and pepper spray. Molotov cocktails would be seen in use several times that day.

Protesters started off the day by performing an escrache (practice of publicly harassing public figures) against violators of human rights, including several carabinero officers and other officials.

After protesters began to gather at the University of Chile, Carabineros arrested 2 students both purported to be minors. They also began to pepper-spray journalists and innocent bystanders at the intersection at Alameda and Ahumada, with another contingent of protesters arriving at Santa Lucia.

After protesters began to gather at the University of Chile, Carabineros arrested 2 students both purported to be minors. They also began to pepper-spray journalists and innocent bystanders at the intersection at Alameda and Ahumada, with another contingent of protesters arriving at Santa Lucia.

Water Cannon No. 66 then began to shoot chemically tainted water at demonstrators, which could be seen bubbling and laced with a white chemical as it drained into gutters. The Alameda was meanwhile blockaded completely by dozens of demonstrators near the University of Chile, as protesters continued to gather near Cerro Huelen.

Carabineros then began to carry out repression at the San Antonio and Alameda intersection, spraying chemical water cannons at demonstrators.

Protesters then began to set up shield walls in order to properly block chemically tainted water from being shot at them as well as kicking back any tear gas that was launched.

Demonstrators then moved downtown into the Agustinas/San Antonio intersection and the San Antonio/Presidential Palace intersection.

Protesters threw a Molotov cocktail at a passing Carabinero truck at the intersection at Alameda with Diagonal Paraguay. The Itau bank on San Antonio was also looted and set on fire before Carabineros arrived and put it out.

Protesters then began intense clashes with Carabineros in the streets of San Antonio while the bank was being looted, with water cannons being deployed by police and tear gas flying down from hundreds of meters in the air.

The Carabineros were then seen charging and assaulting the Newen medic brigade, beating and pepper-spraying several at the intersection of Alameda and London.

Clashes meanwhile continued in the Alameda, with water cannons being used against hundreds of demonstrators continuing to face off with riot police, with eventually all but a few dozen leaving dispersing and going home for the next day of the national mobilization in Chile for the amnesty of political prisoners.

Protesters then wrapped up the night by throwing a Molotov cocktail at a caravan of police vehicles seen to be carrying Carabineros, hitting several and leaving a blazing fire in the road that the rest of the cars had to drive through.

Thousands of protesters across the Chilean capital city of Santiago gathered for the 2nd day of the national mobilization against President Sebastian Piñera, clashing with Carabineros who deployed chemically tainted... 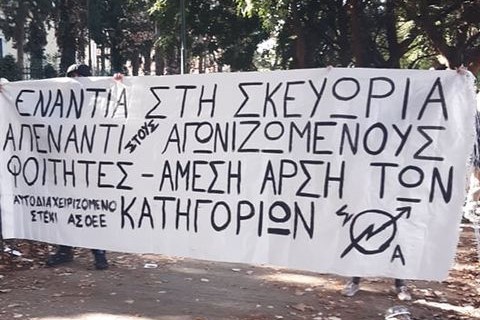 Anarchists in Athens dropped banners and distributed cards in front of the Greek Military Academy courts, as 8 comrades face a military court-martial for a march and banner drop at the sites of an army school. 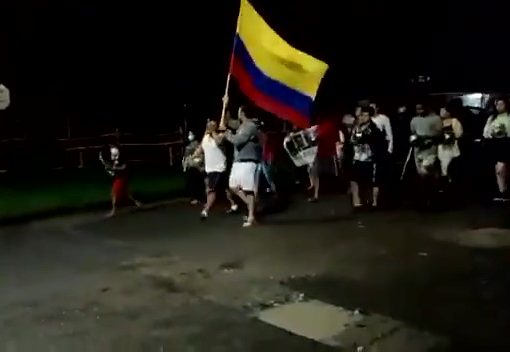 Hundreds of protesters took to the streets of Popayán for a 2nd consecutive day in opposition to neoliberal policies in Colombia and the ratification of the Tributary Reform, which would create new taxes on basic goods and services including water, electricity, and internet bills. 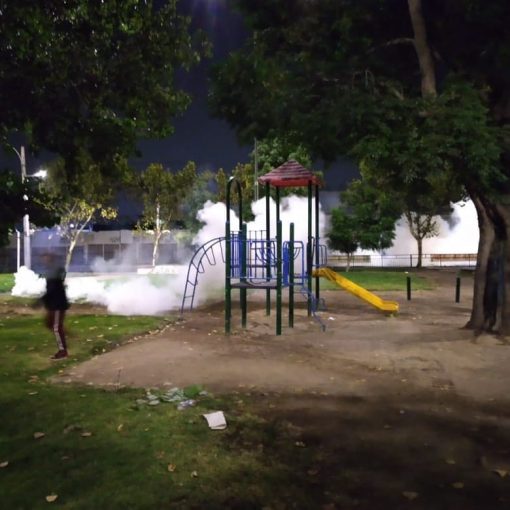 Dozens of protesters in the Santiago neighborhood of La Pincoya took to the streets against the police state of Chile and neoliberal corporate tyranny. Police responded with brutal repression, shooting water cannons in a residential area and tear-gassing a playground. 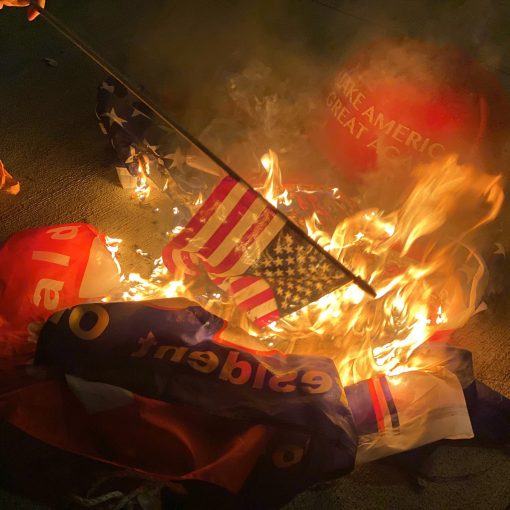 Protesters in Portland gathered in front of the North Precinct to burn American and Thin Blue Line flags, demanding justice for Walter Wallace and Karon Hylton. Police did not come out to engage with demonstrators, who then went downtown to burn MAGA items that an MLK statue had been vandalized with.