Full 8-hour video of the mobilization in Santiago:

Hundreds of activists gathered at Plaza Dignidad in Santiago, in solidarity with the terrorized Mapuche communities of Chile, where the family of an activist murdered by police was beaten and arrested at a border checkpoint. Demonstrators began by unfurling a flag of the murdered Camilo Katrillanka, a Mapuche weychafe (warrior) killed by Carabineros.

Carabineros then began to crack down on protesters, and launched water cannons on the Alameda/Vicuña Mackenna intersection.

Protesters then successfully occupied the Plaza Dignidad, immediately coming under heavy fire from Carabineros but holding their ground.

Clashes meanwhile continued to occur at the intersection of Providencia and Seminario, with demonstrators holding their ground against the repression of the Chilean police state.

Demonstrators brought a giant Mapuche flag, putting it onto Plaza Dignidad in a display of solidarity to Chilean indigenous communities.

Massive repression then began against protesters, with several water cannon trucks including No. 42 returning on the scene with chemically-tainted liquid.

Confrontations then began to occur directly between Carabineros and protesters, with tear gas and water cannons deployed on the Vicuña Mackenna/Calle Carabineros de Chile intersection. Demonstrators were then able to take back the Plaza Dignidad for the second time in one day, before dispersing for the night after being hit with a new round of water cannons.

Full 8-hour video of the mobilization in Santiago: Hundreds of activists gathered at Plaza Dignidad in Santiago, in solidarity with the terrorized Mapuche communities of Chile, where the family of... 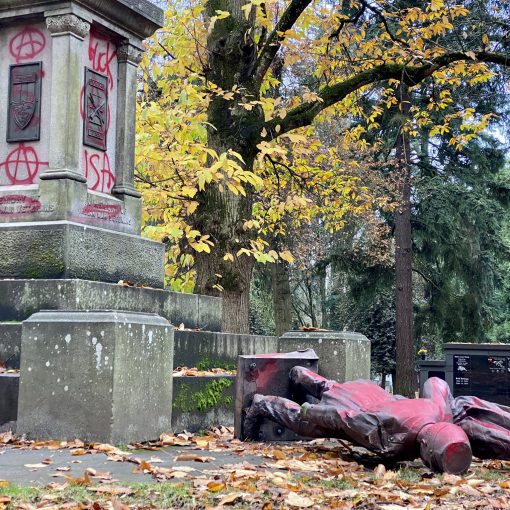 Demonstrators all over Southeast Portland spray-painted slogans and defaced statues of colonialism, including many large businesses. A war monument was defaced by […] 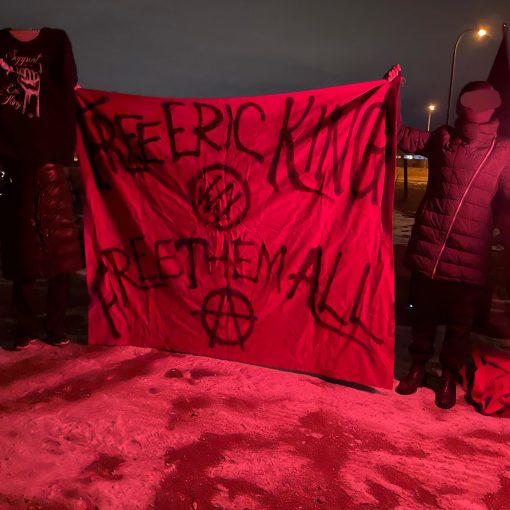 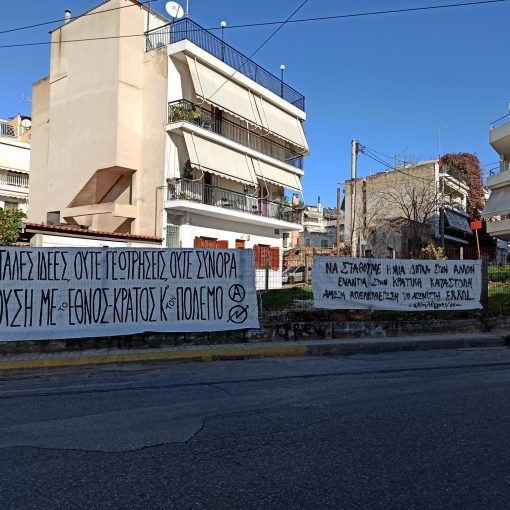 Anarchists in Athens dropped banners in Petralona in solidarity with Errol, an anarchist jailed by the Greek state for protesting in the Amygdaleza internment center and set to be deported to France in what many call purely political imprisonment.

Medical workers and doctors in Los Lagos went on strike in solidarity with the October Rebellion political prisoners, and demanding more equipment for health services and combating the spread of COVID-19. They were a part of more than 5 health service directorates that halted operations.