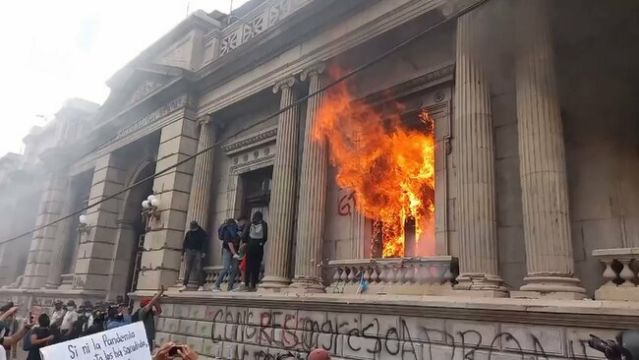 As Hurricane Iota ravaged through south Guatemala, including in many areas already hit by Eta, the National Congress rammed through a budget bill giving themselves millions for meals and salaries, and cutting the equivalent of $25 million combatting malnutrition among children.

Demonstrators took to the streets, but now only over the budget bill. Wider discontent had been at play for decades against the congress and president, but also against political elites and business conglomerates that transcend administrations.

Thousands gathered in the capital of Guatemala, marching to Congress, with a university student-led march leading demonstrators to Congress.

The march halted as protesters pulled out a guillotine, and began to recolor flags of Guatemala condemning the government’s inaction to contain hurricane Iota and its general lack of empathy towards civilians. Up to then, the protest had remained peaceful, with some graffiti art being added along the way.

Demonstrators successfully broke open the doors of Congress and stormed it, setting it on fire and razing several rooms to the ground before being pushed out by riot police.

Riot police promptly arrived on the scene, tear-gassing protesters and arresting several before leaving to put down other demonstrations in the city. Faceoffs began to occur between riot cops and groups of several hundred protesters across the city, with over 20 arrests occurring by the end of the day.

Several were injured during the original riot police crackdown, moving through the streets near Congress. 2 hospitalizations occurred, but 0 fatalities at that point. A video on the bottom-right can be seen of a bird’s eye view of the initial tear-gassing of the protesters that occurred and how people fled and regrouped to continue protesting to the central square of Guatemala City.

A total of 10 people were injured in the ensuing police riot, which led to 2 aforementioned hospitalizations and the loss of an eye of a protester.

Protesters then moved down other intersections and roads, setting a metro station on fire as seen below.

Protesters also gathered in Quetzaltenango, the 2nd largest city in Guatemala, and also one heavily populated by indigenous people. Several fires were set, with clashes occurring across the city. Riot police cracked down heavily on demonstrations in indigenous areas, and more brutally than in Guatemala city.

Demonstrators were also suppressed by police in Huehuetenango, a predominantly indigenous city hard-hit by Hurricane Iota about 80 kilometers southwest of the border with Chiapas state, Mexico. Several arrests were made and clashes occurred, but none to the degree of Quetzaltenango or Guatemala City.

As Hurricane Iota ravaged through south Guatemala, including in many areas already hit by Eta, the National Congress rammed through a budget bill giving themselves millions for meals and salaries,... 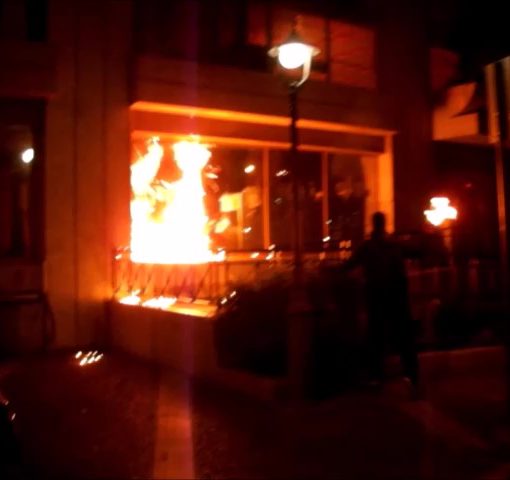 Anarchists in Athens threw Molotov cocktails at the town hall of Moschato in solidarity with the Koufontinas hunger strike, torching and severely damaging the registry office. 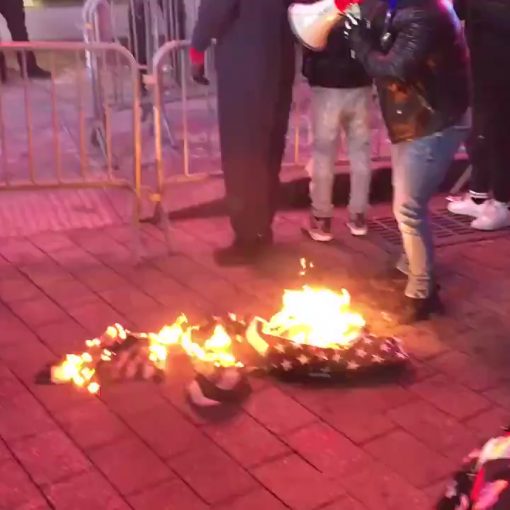 Over 100 protesters in New York City took to the streets to demand the abolition of the NYPD, stopping at the police department’s Times Square station & Strategic Response Group headquarters. Demonstrators burned an American flag and a Thin Blue Line flag, confronting a massive police presence although with no confrontations occurring. 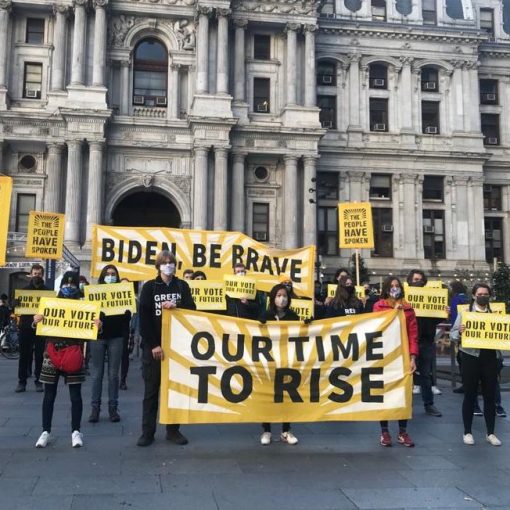 Members of the Philadelphia Chapter Sunrise Movement protested outside of President-elect Joe Biden’s de facto headquarters, demanding that he keep his pledges […] 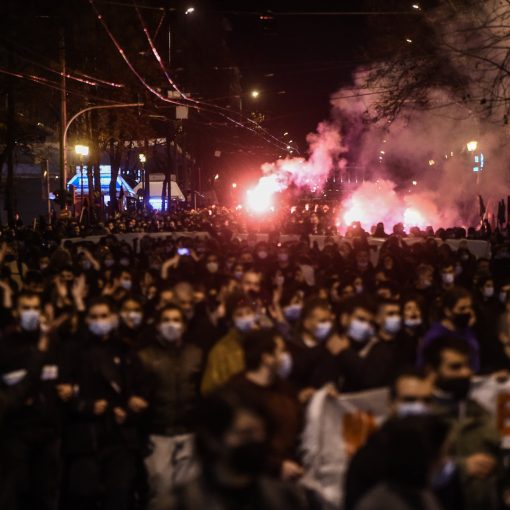 Thousands of protesters marched in Athens in solidarity with the Koufontinas hunger strike, demanding the immediate satisfaction of his request to be returned to the Korydallos prison. Despite an attempt by police to stop demonstrators from gathering at Syntagma Square, their lines were broken and a retreat was forced as demonstrators began to march again to Omonia.