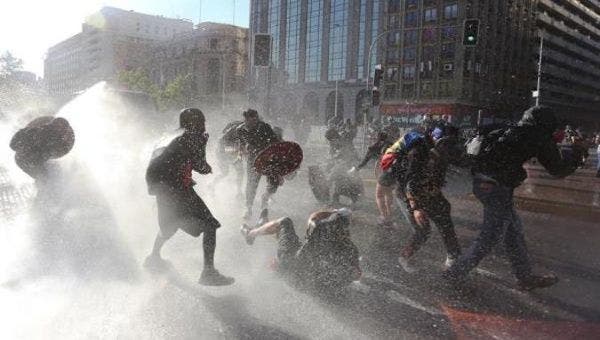 Protesters in Santiago gathered in Los Heroes for a peaceful demonstration demanding amnesty for political prisoners and the resignation of Piñera.

The day of protest started off with barricades being placed at the Protectora De La Infancia metro station, then tires being placed and burnt along the intersection of Departamental & Route 5.

Burning barricades were also placed in Maipu, as protesters began to arrive at the University of Chile for a peaceful demonstration.

A march began down the Presidential Palace along the Alameda, consisting of several dozen students, calling for the end of standardized testing, amnesty for political prisoners, and the resignation of Piñera.

Protesters were then seen attacked by Carabineros outside of the Entel Tower, at the intersection of the Alameda & Los Héroes, making 2 initial arrests and then detaining & pepper-spraying others for the criminal offense of carrying a flag.

Protesters were however not scared away, and the peaceful demonstration continued, despite intense intimidation coming from Carabineros who harassed and pepper-sprayed several.

A protester was attacked by neofascist supporters of former dictator Augusto Pinochet, who established concentration camps for political dissidents. “Los faches” were quickly swarmed and beaten back by the crowd, then retreating behind Carabinero lines.

Carabineros then attacked medics and human rights observers, arresting 2 and also attacking reporters from Piensa Prensa, then proceeding to kettle the crowd into the intersection square.

Protesters in Santiago gathered in Los Heroes for a peaceful demonstration demanding amnesty for political prisoners and the resignation of Piñera. The day of protest started off with barricades being... 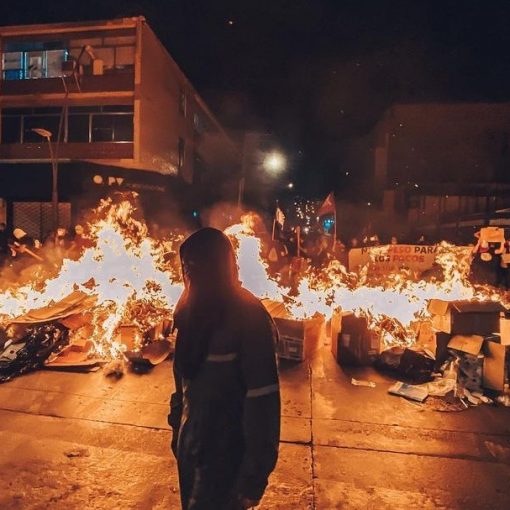 Around 100 protesters in Antofagasta marched to demand the release of all political prisoners of Chile’s social uprising and the end of femicides in the country. Demonstrators burned barricades and set up roadblocks, with police arriving shortly after and deploying water cannons on the small crowd. 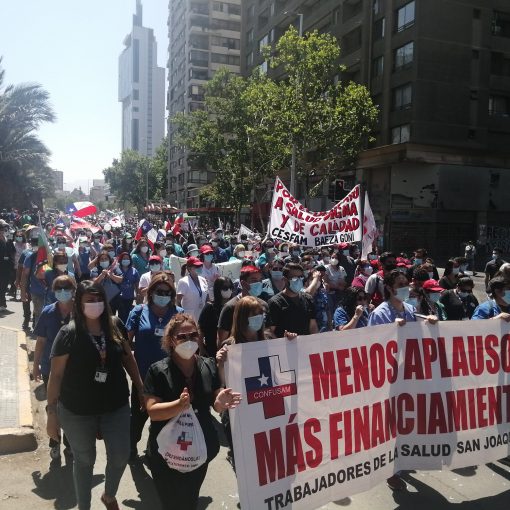 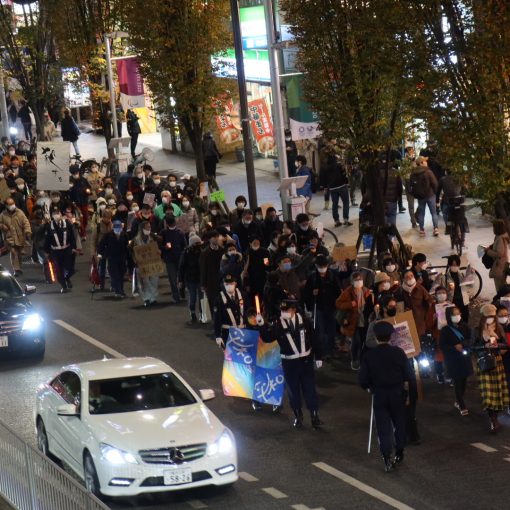 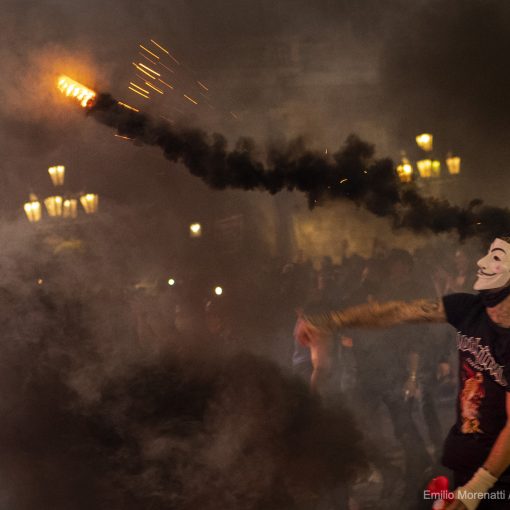 Protesters in Cantabria and Catalonia rioted against new closings of businesses without a curfew, most of which were seen wearing masks. Clashes with police happened in several areas, including Santander and Barcelona.