Thousands of Trump supporters converged on Washington DC to “Stop The Steal”, chanting “Fuck Antifa!” and appearing to have a far more significant population of Proud Boys than the one in November. The second video depicts a Knight’s Templar Cross, which was used by the Nazis in World War II.

[Some of the following footage is credited to Comrade Surge, cover photo by Garmo4Lyfe]

Meanwhile, antifascist protesters held the line at Black Lives Matter Plaza, which was blocked off from the MAGA side by police. They prepared shield walls and began to advance in preparations for large clashes during the night, as they were being pushed back by police while the Proud Boys aggressively attempted to breach cop lines.

A protester was then stabbed by the Proud Boys; the video has been cut to preserve the privacy of the person recording to to the fact that their identity could be exposed as they were attacked and their phone fell out of their hands. Attacks on the press continued to occur by the hands of the police, with Streamer Wayward pepper-sprayed by an MPD officer.

Clashes continued, with antifascists throwing firecrackers at Proud Boys before beginning to skirmish with police, leading to several arrests and at least 1 medic injured.

The two groups then began direct confrontations at 15th street, with only about 2 dozen cops stopping the two crowds from charging each other. Sporadic assaults continued at McPherson Square, with firecrackers being thrown from both sides.

About 1,000 people in black bloc then moved near McPherson park and the White House, in preparation for a street battle seemingly soon to happen. Antifascists also shot mortars at the Proud Boys, adding to the confusion as the latter also threw firecrackers at police.

Proud Boys then began sporadically attempting to start fights despite being vastly outnumbered and were beaten back by both cops and antifascists using pepper spray. A right-winger was arrested for assaulting a marcher while police were sectioning off the two crowds.

Proud Boys then took Black Lives Matter banners off of a 100+-year-old church, and proceeded to burn them outside of Harry’s Bar, leading many to reminisce of Kristallnacht and persecution of Jewish people. Other BLM banners were also taken down from buildings across the city.

The Proud Boys also brutally attacked a noncombative couple, a testament to many of the limitless brutality of the right-wing in the United States.

Protesters then confronted the MPD and were maced before retreating for the night.

Thousands of Trump supporters converged on Washington DC to “Stop The Steal”, chanting “Fuck Antifa!” and appearing to have a far more significant population of Proud Boys than the one... 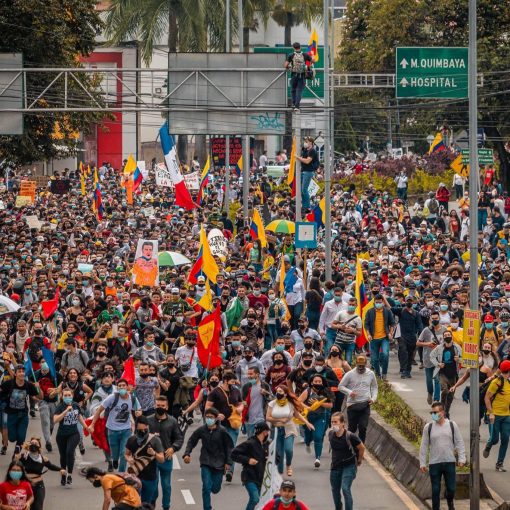 Thousands of protesters in the city of Armenia took to the streets in opposition to neoliberal policy and the Tributary Reform in Colombia, which would impose new taxes on basic goods and services including bills for utilities, as well as cutting government aid to low-income workers and households. 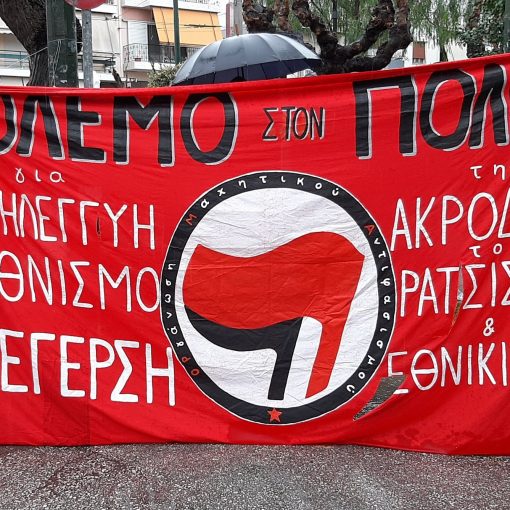 Dozens of protesters gathered in the Athens neighborhood of Petralona in remembrance of Shehzad Luqman, a migrant worker from Pakistan who was stabbed to death in 2013 on his way to work by 2 supporters of the Greek neo-Nazi party Golden Dawn. Despite police harassing the protesters, the march went forward and no arrests were made. 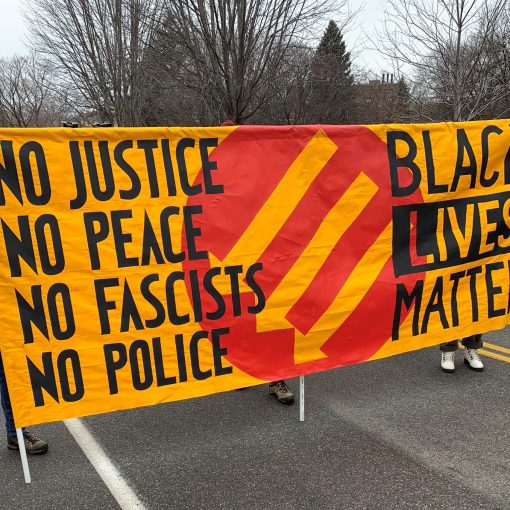 Antifascists marched against fascism in St. Paul, the capital of Minnesota, in protest of weekly pro-Trump events occurring at the Capitol. The Proud Boys did not end up arriving, and the march against fascism ended without confrontations occurring, despite a weak standoff happening during the event. 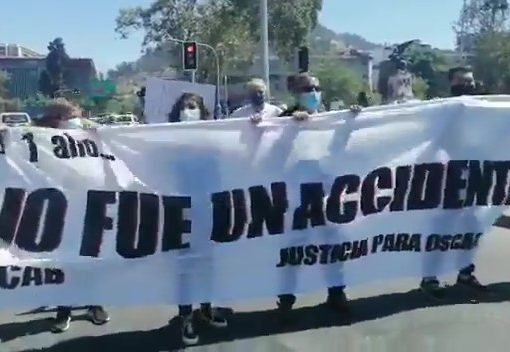