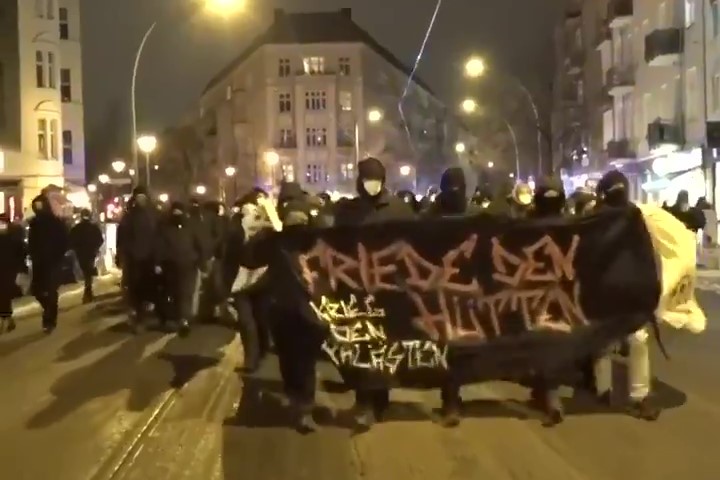 Around 250 anarchists and communists in the Friedrichshain district of Berlin marched in protest of the eviction of a houseless camp in Rummelsburg Lake, demanding the restoration of the stolen property of the houseless and the opening back up of the lake’s waterfront to tents.

Around 250 anarchists and communists in the Friedrichshain district of Berlin marched in protest of the eviction of a houseless camp in Rummelsburg Lake, demanding the restoration of the stolen... 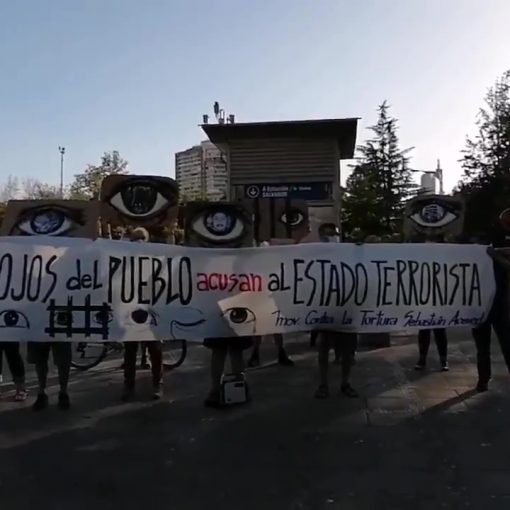 Chileans gathered in Santiago to protest against the violations of human rights by the state of Chile, carrying signs of eyes whose pupils reflected images of state torture. Demonstrators chanted and carried a slogan on a banner saying “The eyes of the people accuse the terrorist state,” demanding the resignation of President Piñera. 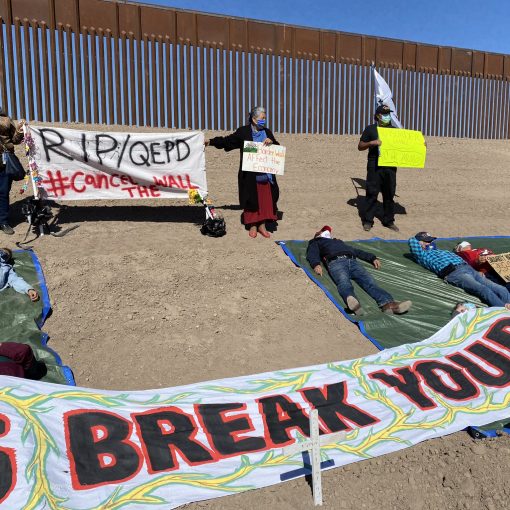 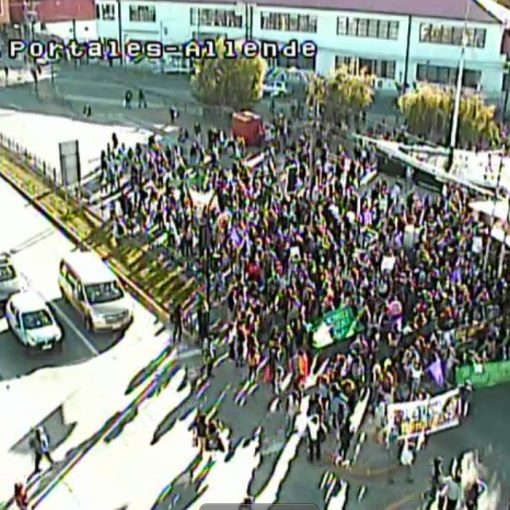 Hundreds of protesters took to the streets of Puerto Montt on International Women’s Day, protesting against the government’s incompetence in stopping femicides as well as to demand safe and free abortions in all of Chile. 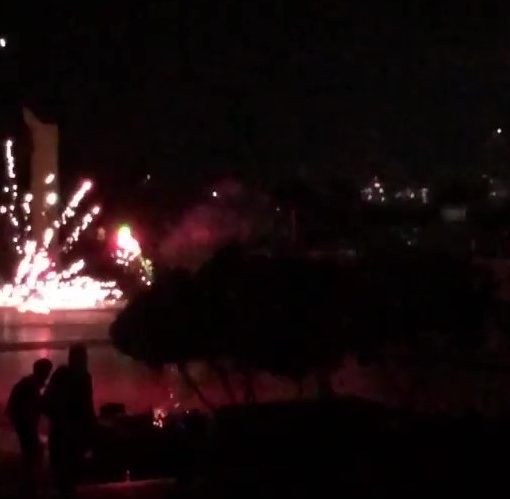 Chilean protesters in Antofagasta marched and threw fireworks at a police station and prison in the Bonilla region, demanding amnesty for all political prisoners of the 18th of October Uprising. Multiple clashes ensued, with no arrests occurring due to protesters blocking security cameras with laser pointers.