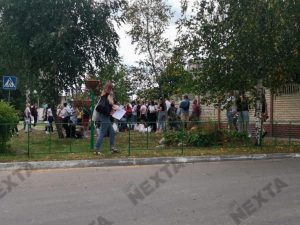 The cops drove around yesterday in big buses, usually used for public transport. In Minsk, some ambulances were seized by force and then drove around the city and detained the protesters on Monday. In Brest medics were yesterday attacked and hindered at helping seriously injured people by OMON (Bereitschaftspolizei). Some injured were brutally beaten up and some were detained. Medics needed permission from OMON officers. And emergency number 103 did not accept calls from ordinary citizens, rather only from the police. Because of the brutal assaults of the police, a lot of people are in hospitals, even so, no numbers are available on how many.

The police published for Sunday 3000 and for Monday 2000 detained people. Which means that by now are more than 5000 people imprisoned. Taking into account that 40,000 people is the general amount of people Belarussian prisons can fit in and the fact that prisons in Belarus are already overcrowded, it becomes obvious that there is no space left. People are distributed in all kinds of prisons and police stations. People are treated with violence and torture. A lot of people are also reporting that people were put in buses, got beaten up, and brought to random places.

For the first time in the history of Belarus, people across the country rebelled against the dictatorship. Many thousands of demonstrations are […] 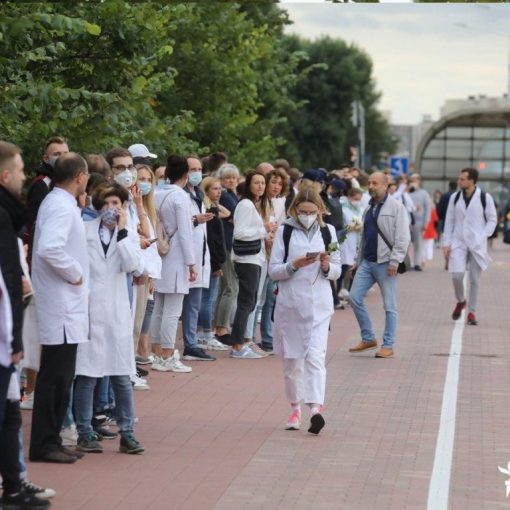