Today another sad report reached the public. Alexander Vihor, who was brutally arrested in Homel (Gomel) at the election day, was reported dead. His mother said he was on the way to his girlfriend. He died in the hospital.
Our thoughts and hearts are with his relatives and friends.

Internet is back and shows more police brutality

The good news of the day: the Internet is back in the country.
Bad news: more and more police violence on the streets, in the prisons, and police stations come to the public. People reported about violence and torture inside of those facilities.

There were also videos published with an inside view in the Minsk police department Kastrychnitski, where people had to knee on the floor and got beaten on Monday, 10 August.
In the evening according to Nasha Niva witnesses reported the sounds of riots in the correctional colony # 2 in Babruisk, people were also shouting „Go away.“ You could hear the barking of dogs, the clatter of metal. Police cars approached the territory of the colony. It is not known how many prisoners take part in this, a total of several thousand people can serve their sentences in the colony.
And the Belarussian state TV showed today young people, who were detained and had to promise that they are not supporting any anti-Lukashenko protest anymore in front of the camera. People were before obviously beaten up by police.
Even so, all prison facilities are full police continue to arrest people and place them in a sports hall.

Protest marches during the whole day

Women all across Belarus organized protests beginning this morning. Marches took place and people were forming human chains of solidarity. This was a powerful protest against police brutality. Such rallies were happening in Grodno, Lida, Baranavichy, Zhodzina, and eventually in a lot of other even really small towns during the day.

Since the beginning of the protest medics and volunteers organized street medic groups to support injured people. They were usually visible due to red cross symbols at the backpacks. Yesterday night cops specifically targeted the medic teams beat them up and detained them. In solidarity with the street medics on Wednesday several doctors and medical stuff organized solidarity gatherings. 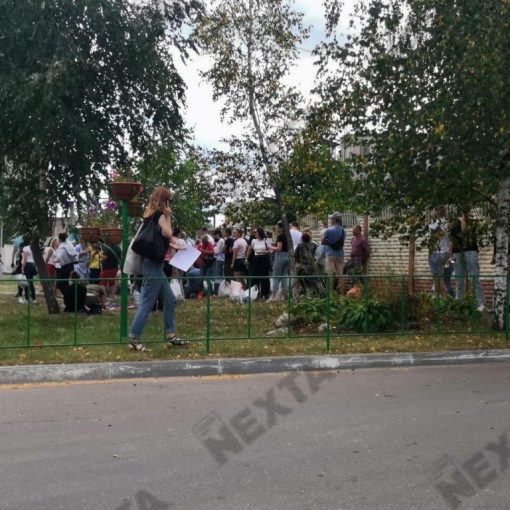 Today the first protester who was killed by the cops on Monday has been named by authorities. Alexander Taraikovsky was 34 years […]