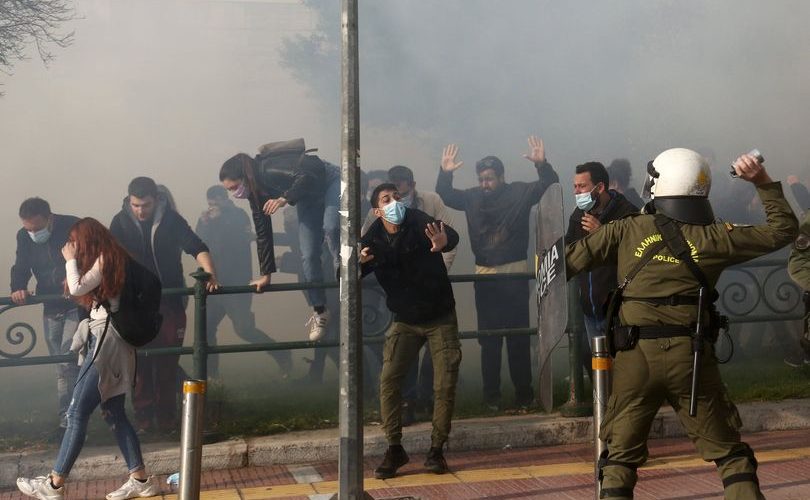 Thousands of Greeks across the country took to the streets on November 17th in remembrance of the 24 killed during the Athens Polytechnic Uprising of 1973. As protesting was declared illegal in Greece under the guise of the coronavirus pandemic, police across the country responded with rarely seen brutality against all kinds of demonstrators, from union members to anarchists.

Hundreds of protesters marched to Klafthmonos Square in Athens, meeting police that tear-gassed them and arrested dozens.

Several police officers were seen wearing stickers and patches of fascist and nationalist groups at the scene of the Klafthmonos Square protest.

The doctors’ and nurses’ union in Athens joined protesters around Syntagma Square, with the march eventually numbering around 40% being in-uniform doctors and other medical workers. In honor of the uprising, the union demanded healthcare, food, and housing for all. Protesters were also cheered on by people from their apartment balconies, who were very supportive of the march. Police in the hundreds attacked the demonstration, arresting many and injuring more.

The Anarchist Political Organization protested in Monastiraki, taking part in a smaller demonstration compared to those in the downtown.

About 40 anarchists took to the streets in Agia Paraskevi, a village in the outskirts of Athens, in solidarity with the downtown protests.

Protesters unfurled a banner at Republic Square, in the Cholargos suburb within Athens, reading “ΔΕ ΘΑ ΠΕΡΑΣΕΙ Ο ΦΑΣΙΣΜΟΣ!”, meaning “Fascism will not pass!” a translation of the popular Spanish phrase, “No pasaran!” during the civil war in the late 1930s.

Hundreds of anarchists also turned out in Peristeri, an urban division of Athens with a population above 130,000.

Anarchists in Vyronas gathered in the hundreds, marching in honor of the Polytechnic uprising of 1973. They held a banner which read “Δεν Υπαρχει Ζωη Και Υγεια Χωρισ Ελευθερια!”, meaning “There is no life and health without freedom!”. No clashes with police occurred, as they were focused on putting down larger demonstrations by unions and other groups.

Demonstrators in Pangrati also took to the streets for the Polytechnic anniversary, numbering in the hundreds.

Anarchists at the Ergatiki Protomagias Square in the Petralona suburb of Athens wrote street art and slogans all over the area, with the phrases translated below.

Riot police also had a heavy presence in the Mercouri-Petralona Square intersection, anticipating anarchist activity there that did not occur.

Anarchists gathered in Thessaloniki to commemorate the Polytechnic uprising and were promptly assaulted and brutalized by police. Several were arrested, and about a dozen were injured. A police station was also hit by a Molotov attack later in the evening.

A coalition of groups protested in Ioannina, which was attacked by police, who brutalized members of the city’s construction workers’ union. According to anarchist groups, 80 were injured and 3 were arrested among the demonstrators.

Youth in Nafpaktos, a small town north of Patras, dropped a banner in solidarity with the other nationwide protests.

Protests were assaulted in Patras during a march downtown, with many arrests occurring.

Large demonstrations occurred in Mytilene, the capital of the island of Lesbos, against the banning of protests and as an anniversary of the Polytechnic uprising.

In Heraklion, anarchists protested on the anniversary of the Polytechnic uprising and were attacked by police, with a dozen arrests occurring. Demonstrators later put up banners outside of a prison, in solidarity with those arrested and those already caged inside the jail.

Thousands of Greeks across the country took to the streets on November 17th in remembrance of the 24 killed during the Athens Polytechnic Uprising of 1973. As protesting was declared... 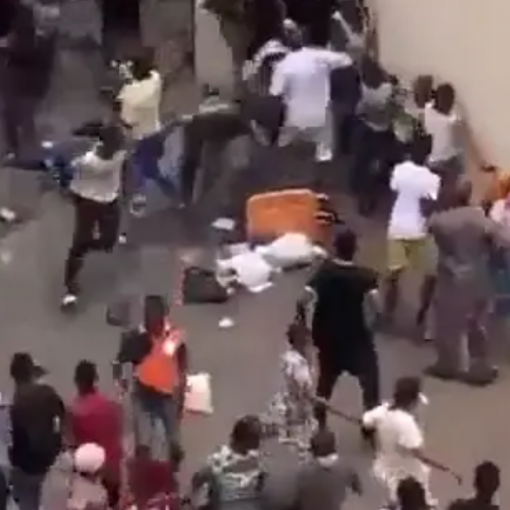 Demonstrators took the palace of the Oba of Lagos on the 21st, and walking out with the Oba’s staff demonstrating his ceremonial defeat. The Oba is a ceremonial leader of Lagos by Yoruba tradition, and has become very unpopular from recent protests. On the 22nd, protesters also discovered a locked warehouse meant for citizens but enclosed by the government housing COVID supplies, and looted it. 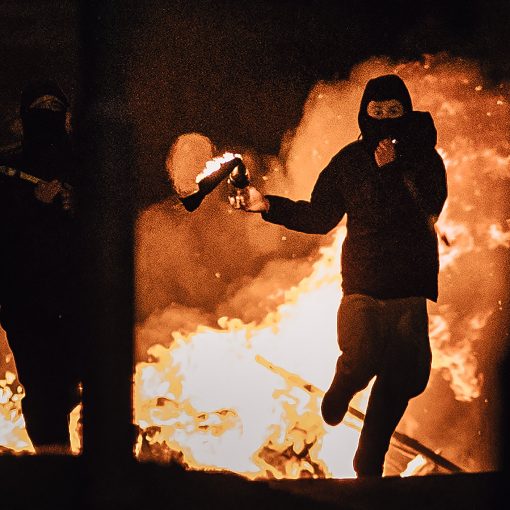 Loyalist rioters in Carrickfergus, north of Belfast, burned dumpsters and trash on the street and threw petrol bombs at police to demand the repeal of the North Ireland Protocol, which sets up customs between Britain and North Ireland and disrupts the Loyalist drug trade. 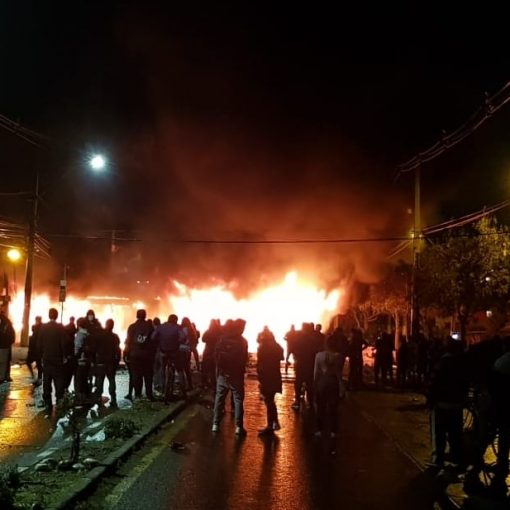 Hundreds of protesters across Santiago took to the streets in opposition to the presidency of Sebastián Piñera and neoliberalism in Chile. Police brutally repressed demonstrations across the city, many in residential neighborhoods, tear-gassing homes and attacking civilians. 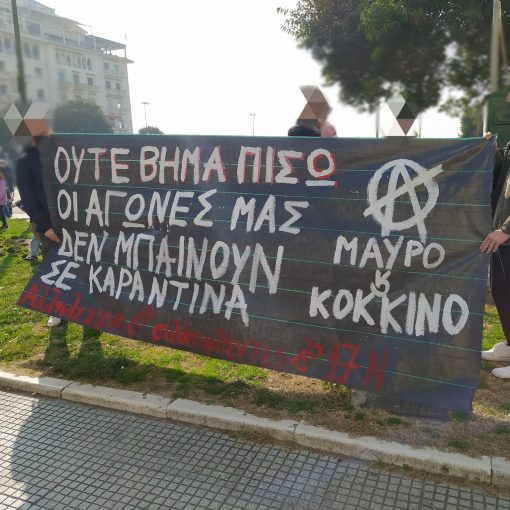 Dozens in Thessaloniki gathered to oppose the Greek government’s ban on protests, stating that the science shows that demonstrations do not cause an increase in coronavirus cases and simply exacerbate the extent of police repression.