The Job Creation Law was an act of legislation approved by Parliament on the 5th of October to change the labor system and natural resources management; it amended 79 laws and was supposed to improve bureaucratic efficiency. Unions, workers, and students, however, say that it will hurt workers by reducing severance pay, taking off manual labor restrictions for foreign workers, increasing the use of outsourcing, and converting monthly salaries to hourly wages.

Organizers began to mobilize for a 3-day national strike beginning on the 6th of October to revoke the new law; dissenters are a coalition of unions, communist parties, and student groups. Police were expected to crack down heavily on the protesters, as hundreds of thousands of people would be taking to the streets.

Protests began in the tens of thousands, opposing the Job Creation Law and its impacts on labor and the environment. Protesters centered themselves in Jakarta and other major cities in Sumatra and Sulawesi.

Police responded immediately and severely to the protests, sending amounts of tear gas comparable to Portland, and beating protesters. Hundreds were injured, but none insofar were reported killed. The President was evacuated from Jakarta to Kalimantan.

Demonstrations across Indonesia continue to rock the country as Parliament refuses to revoke the Omnibus Law, a much-criticized bill that passes neoliberal reforms including deregulation and cutting workers’ rights. Over 800 arrests were made up to the 11th of October, although protests continue across the country.
Read More 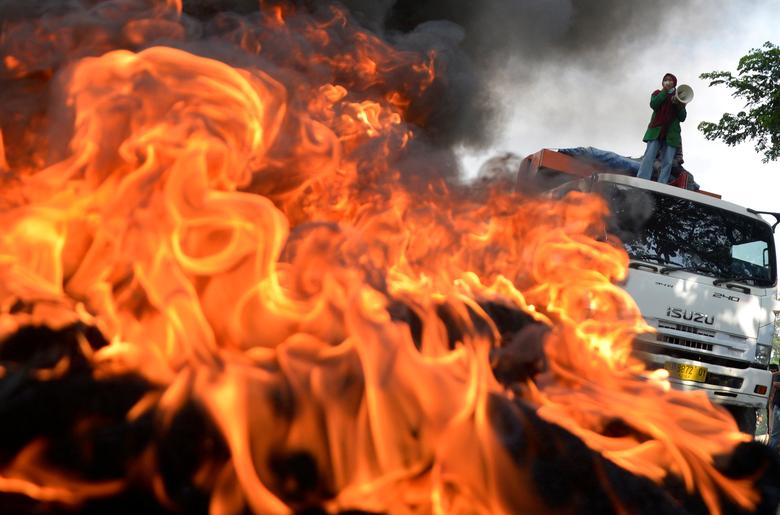 The 8th of October national strike was the final day of protest planned against the Job Creation Law, but it appears unlikely that the protests will stop anytime soon. The Parliamentary website has been hacked into by a division of Malay hacktivists, and the riots only intensified since the 7th.
Read More 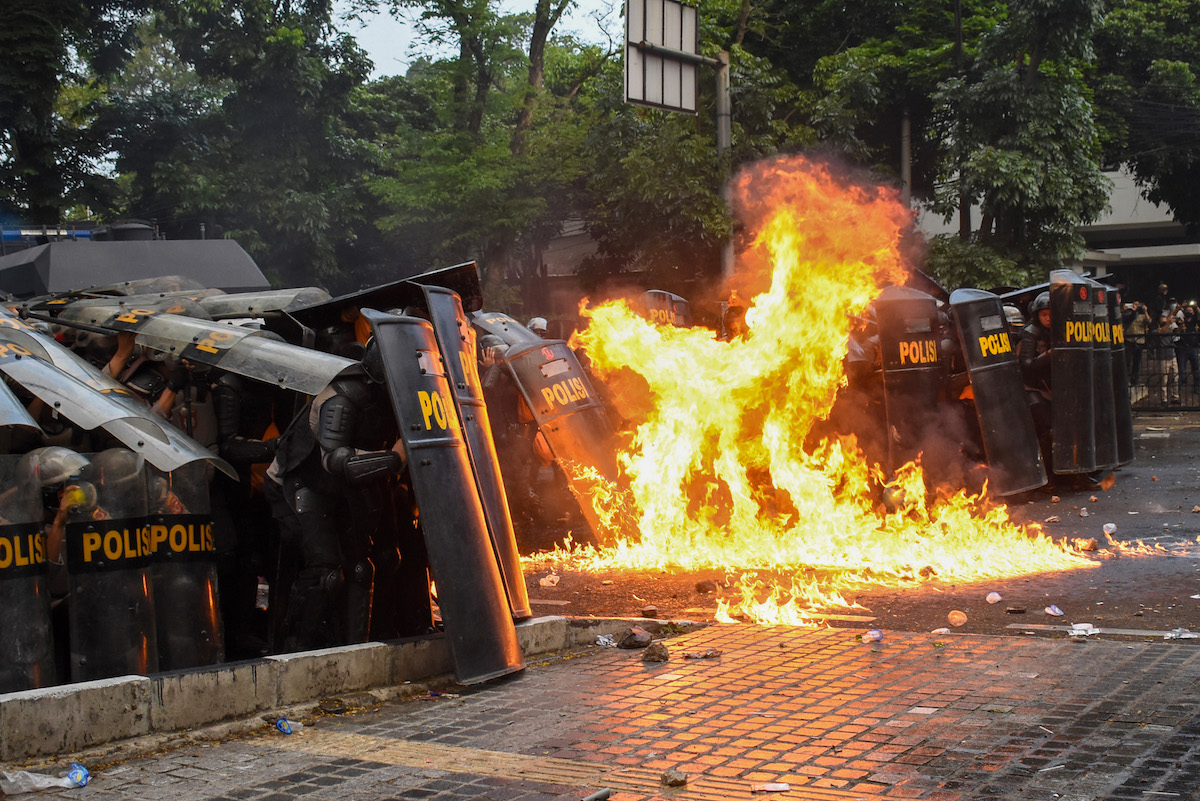 Table of Contents PrefaceProtests & DemonstrationsPolice BrutalityUpdates Preface The Job Creation Law was an act of legislation approved by Parliament on the 5th of October to change the labor system... 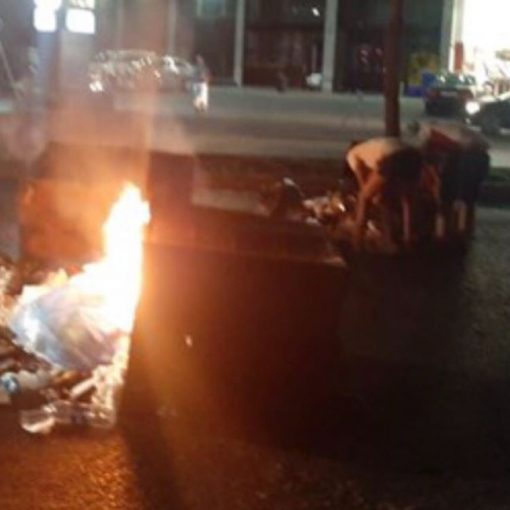 Lebanese demonstrators blocked the Eliah intersection in Beirut and the Khaldeh highway, placing barricades and burning tires to protest the government’s mishandling of hyperinflation and soaring gas prices. 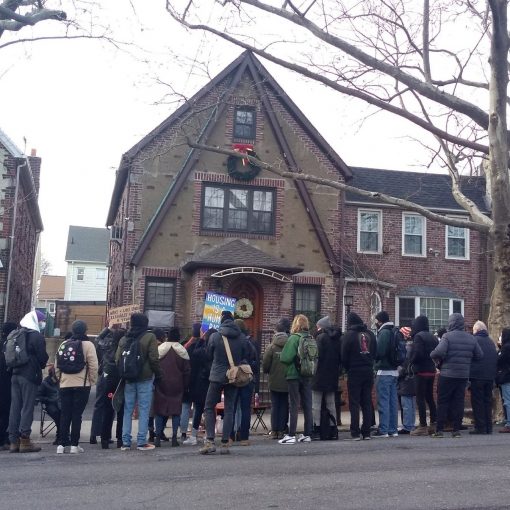 Dozens of New Yorkers gathered outside the home of a landlord in Maspeth, who illegally evicted an activist from her apartment last week while a moratorium was in effect. Demonstrators stated that they would come back every day, until the tenant was returned to her apartment. 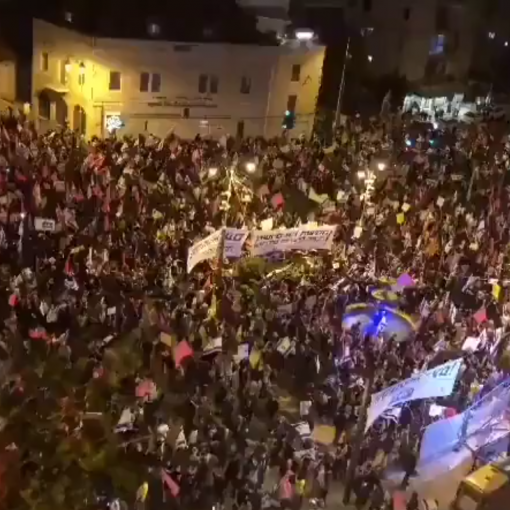 Protesters took to the streets in front of Netanyahu’s residence, condemning corruption and colonialism on his part. Over 10,000 people attended, keeping […] 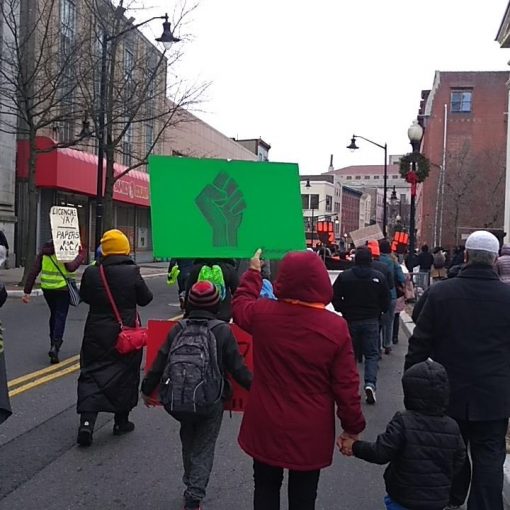 Dozens of protesters gathered at the Capitol Complex of New Jersey in Trenton, demanding drivers’ licenses for undocumented immigrants who would face deportation if they sought one from the authorities right now. Police responded with a heavy presence, deploying a helicopter over the march and sending several cop cars on the ground.