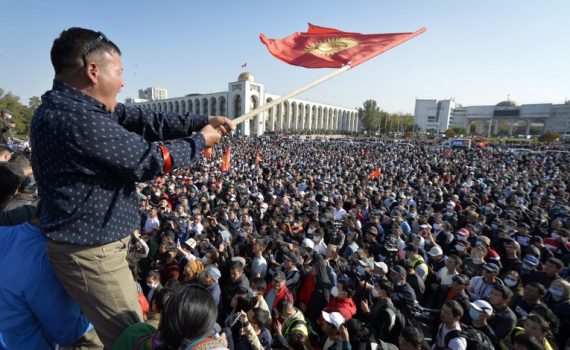 Demonstrations in Kyrgyzstan began on the 5th of October after an election occurred that was said to have widespread ballot rigging and voter buyouts. Many people were outraged by this and began to take to the streets in Bishkek, the capital of the country. Thousands immediately gathered, and stormed the Parliament around 3:00 A.M. after being dispersed earlier by hundreds of military police.