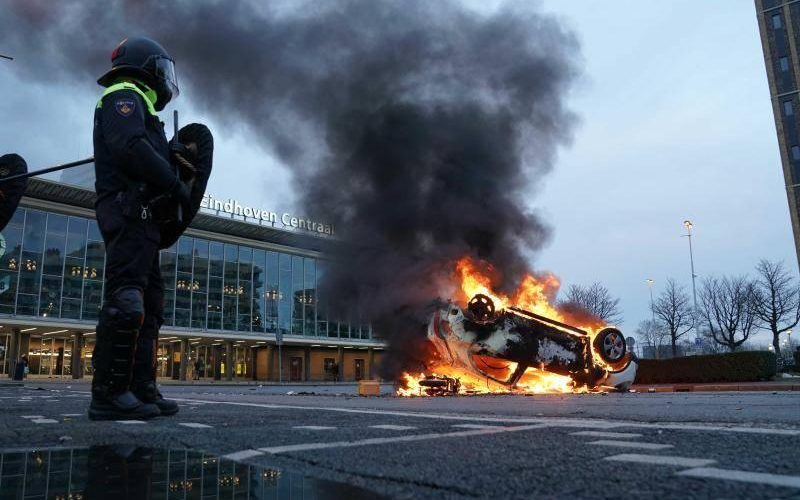 Thousands of protesters took to the streets across the Netherlands against a curfew set for 9:00 P.M., many a mix of migrants & poor people as well as adherents to QAnon-style conspiracy theories that believe that COVID-19 is a deep-state conspiracy. Police lost control of several cities, including Eindhoven, the Hague, Amsterdam, Roermond, and many others.

Hundreds took to the streets of Eindhoven, the epicenter of rioting, where a police car was turned over and torched, and also where surveillance cameras were destroyed. A water cannon also slammed a woman against a wall, the aftermath of which we have decided is too graphic to show here.

Thousands of protesters took to the streets across the Netherlands against a curfew set for 9:00 P.M., many a mix of migrants & poor people as well as adherents to... 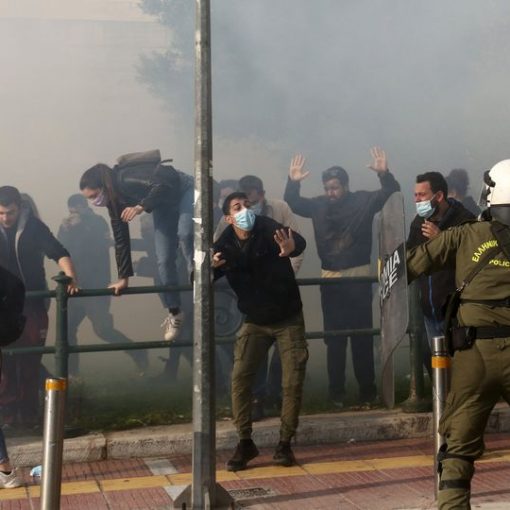 Protests across Greece occurred on the anniversary of the 1973 Athens Polytechnic Uprising, and police enacted a national crackdown, brutalizing many demonstrators and arresting hundreds to thousands. 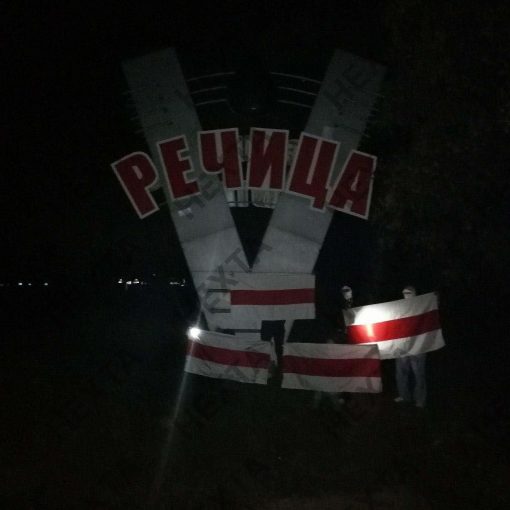 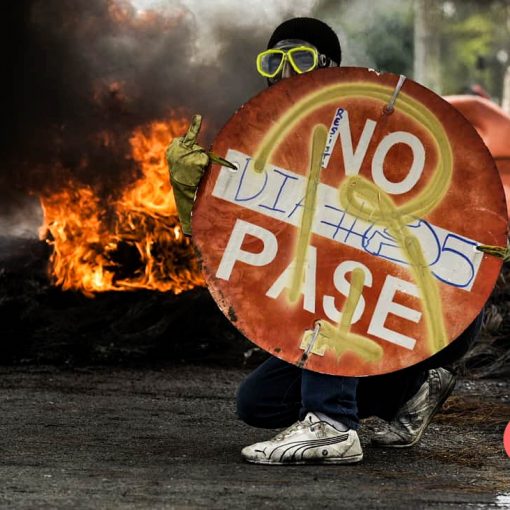 Thousands of protesters took to the streets of Cali for a 6th day of demonstrations against the privatization of healthcare and police violence amid a general strike. Police attacked demonstrators at the La Luna sector of the city, using tear gas and later live rounds, resulting in fires and clashes across the city with law enforcement and paramilitaries.

Dozens of protesters in the town of Agia Paraskevi northeast of Athens took to the streets in solidarity with the Dimitris Koufontinas hunger strike, gathering at Mesogeion Avenue in numbers of around 60 people.