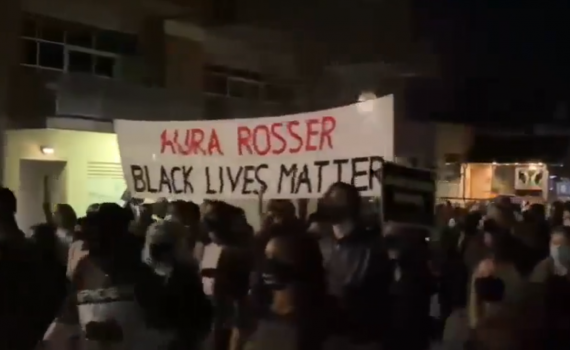 Protesters in Ann Arbor, to the west of Detroit, took to the streets for the 6th anniversary of the murder of Aura Rosser by the AAPD. Aura Rosser was a 40-year-old African American woman, and was tasered by one officer and shot to death by another on November 8th, 2014. Hundreds of demonstrators marched down city hall to the University […]