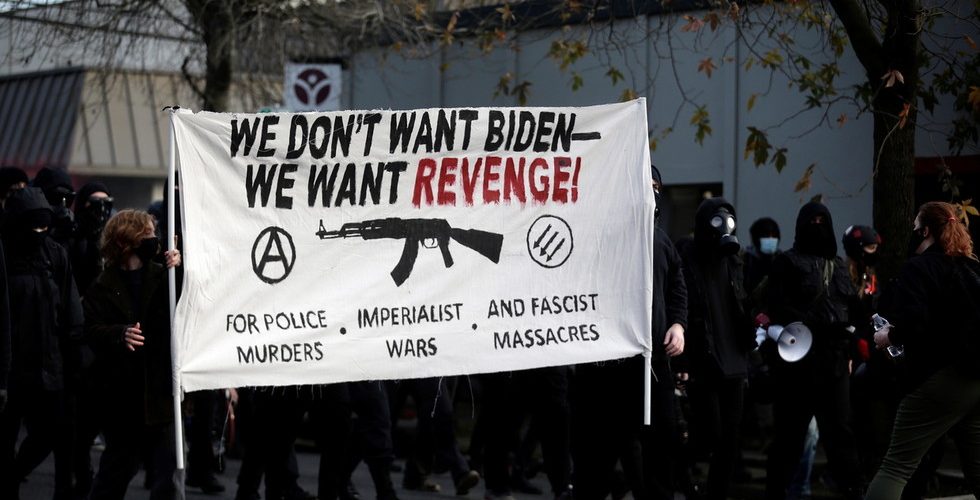 Hundreds of protesters gathered in Portland for an afternoon march to the Democratic Party Headquarters in a show of defiance against all presidents, including Biden, Trump, and all who continue to carry out deportations and excuse brutality against black lives.

Police first began to harass demonstrators assembling at Revolution Hall, and then left while dropping smoke canisters. The crowd of around 200 or so then marched to the Democratic Party of Oregon office, smashing in windows and tagging graffiti before police moved in, making several brutal arrests with their knees on the backs of protesters. One person even began to vomit, to the dismay of the crowd.

Demonstrators then fled to Irvington Park for a Portland DSA event, where they helped save a mother and child who were hit in a car accident. The crowd of around 150 then returned to the park, in anticipation of another event.

Hundreds of protesters gathered in Portland for an afternoon march to the Democratic Party Headquarters in a show of defiance against all presidents, including Biden, Trump, and all who continue... 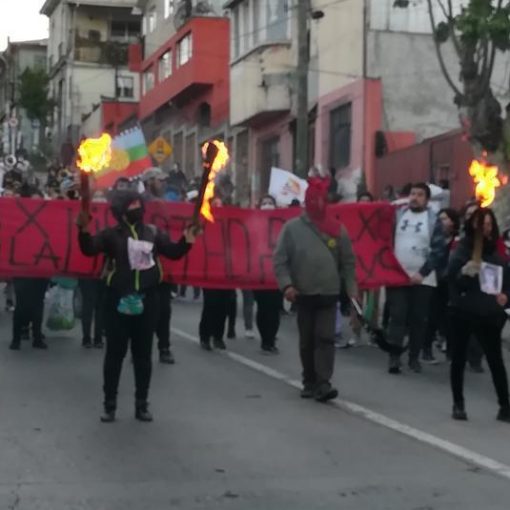 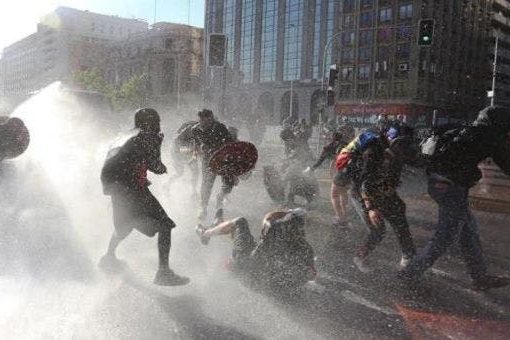 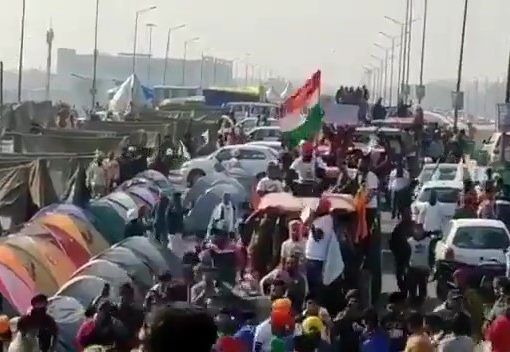 Thousands of Indian farmers continued to approach Delhi in a national mobilization against Modi and his attempted deregulation of the farming industry. Thousands with tents were seen moving down the Meerut-Delhi expressway, and police assaulted those attempting to do the same in Patna. 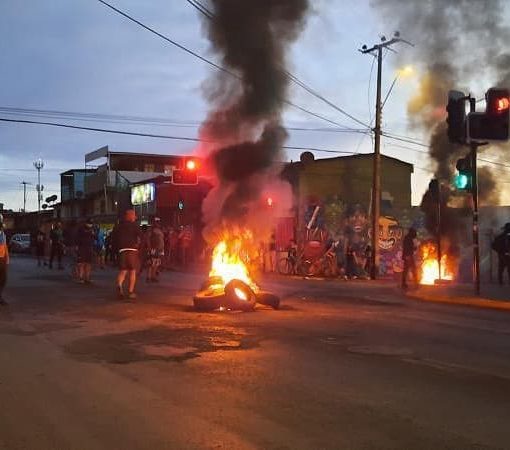 Dozens of protesters in the Bonilla neighborhood of Antofagasta burned barricades to demand the release of the political prisoners of Chile’s social uprising that began in 2019, also demanding the complete dissolution of the Carabinero national police force.