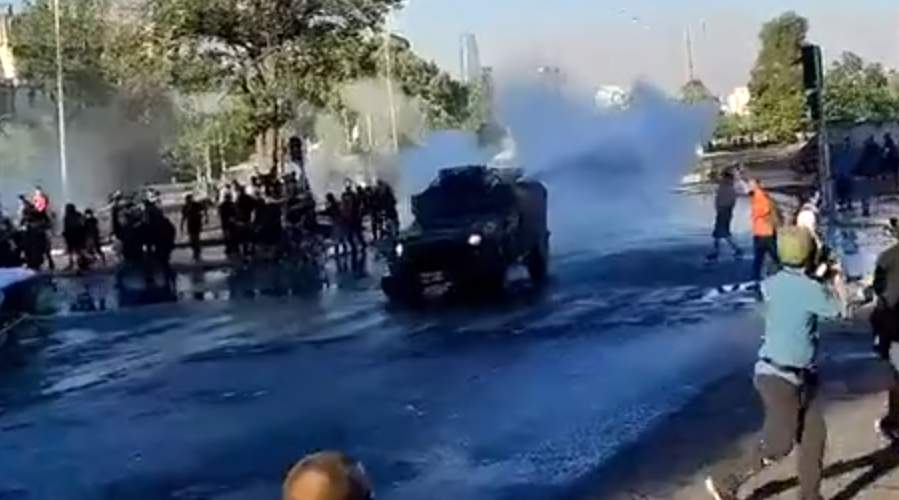 Protesters continue to take to the streets to turn out the vote for a national plebiscite to change the constitution that remains since Pinochet created it. Many protests and clashes occurred in Plaza Dignidad, with police using water cannons and frequently fighting with protesters.

Hundreds turned out in the city to protest for people to vote yes on the historic plebiscite.

Protesters set up booths around Santiago in advocacy on voting yes for the new constitution.

Workers for the MEGA TV station in Santiago went on strike to raise awareness for the plebiscite.

Christian socialists turned out earlier in the dozens with a group of priests to speak in favor of the new constitution and decolonization through Liberation Theology.

Protesters went to a multiple-thousand-strong demonstration later, with many clashes occurring between police with water cannons and young people.

Table of ContentsAntofagastaSantiagoMEGA Union StrikePlaza DignidadProtesters continue to take to the streets to turn out the vote for a national plebiscite to change the constitution that remains since Pinochet created... 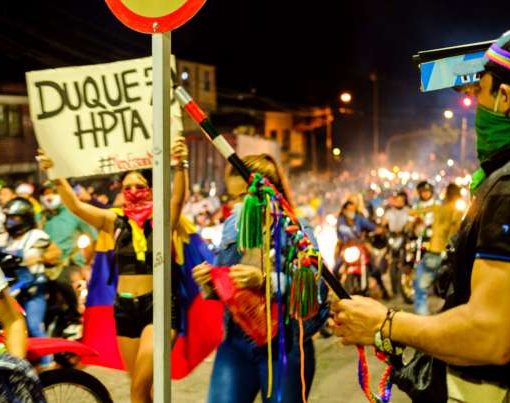 Hundreds of protesters in the city of Armenia returned to the streets in opposition to the regime of Ivan Duque Marquez and the Tributary Reform, which would place taxes on basic goods and services in Colombia, such as basic utilities including internet, water, and electricity. 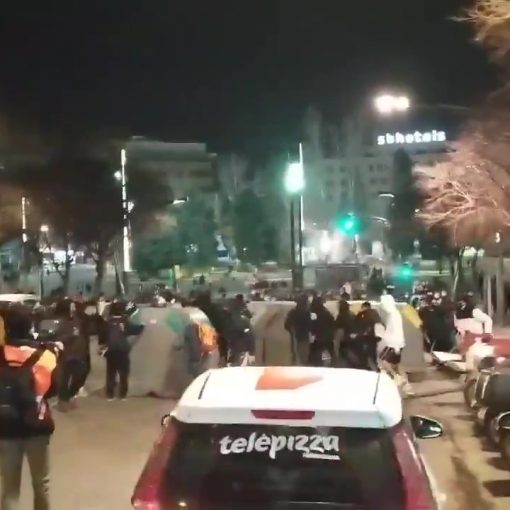 Hundreds of protesters took to the streets of Tarragona to demand freedom for Pablo Hasel, a left-wing rapper from Catalonia arrested and facing charges for insulting the Bourbon royal family of Spain. Demonstrators clashed with police, who fired tear gas in response to the placing of barricades by youth. 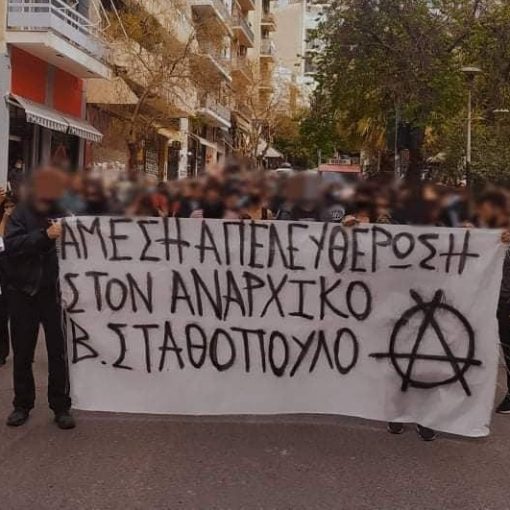 Around 200 anarchists in Athens gathered at Exarcheion Square and marched afterward in support of anarchist political prisoner Vangelis Stathopoulos, kept in pre-trial detention for over 18 months without any conviction of crimes supposedly committed. 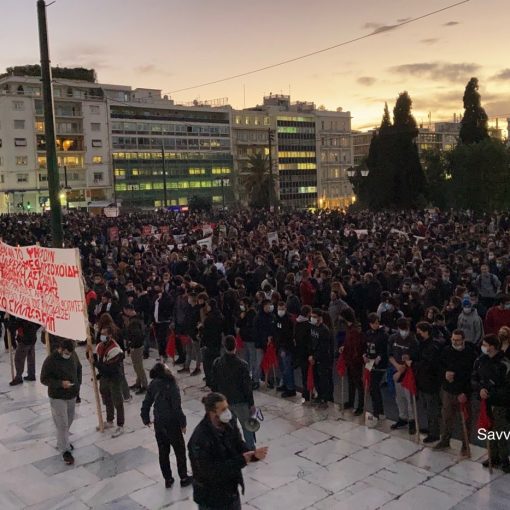 Thousands of students in Athens returned to the streets for a second consecutive day, demanding the repeal of a law proposed by the Minister of Education which would restore police to university campuses across Greece and the release of all 52 people arrested during demonstrations on the 11th. Unlike the previous day, police did not attack the protesters and the march remained peaceful throughout the day.