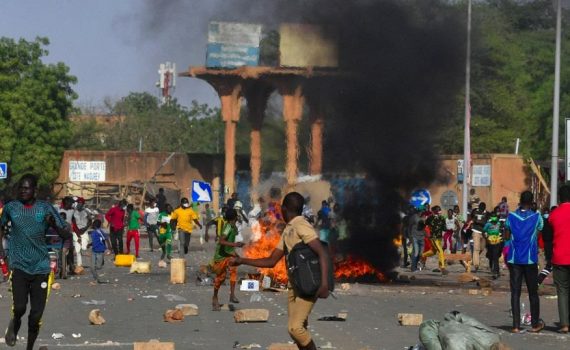 Hundreds of protesters took to the streets in Niamey, the capital of Niger, after a close election led to both candidates claiming victory in the first democratic election since independence in the poorest country in the world due to French interference with coups. Demonstrators in support of opposition candidate Mahame Ousmane gathered in front of a police station but were dispersed by police who fired tear gas.