Demonstrators gathered across Chile in solidarity with the strikers in Santiago to protest against the regime of President Sebastian Piñera, burning barricades and shutting down access roads across the country. Roads and highways were blocked in Antofagasta, Valparaíso, and other cities.

Demonstrators shut down the Anibal Pinto Square in Valparaíso, blocking access both in and out of the city’s highways.

Protesters also burned a barricade at the Consalud building in the Alameda, a neighborhood im Santiago. It was only 1 block from the Presidential Palace, where significant clashes occurred the same day.

Demonstrators also burned barricades in another spot at the Alameda, close as well to el Palacio de La Moneda, where the president resides, the site of significant protesting on the reflaring of the October uprising in Chile.

Dozens also gathered in downtown Antofagasta and shut down the highway, barring any access to the city.

Demonstrators gathered across Chile in solidarity with the strikers in Santiago to protest against the regime of President Sebastian Piñera, burning barricades and shutting down access roads across the country.... 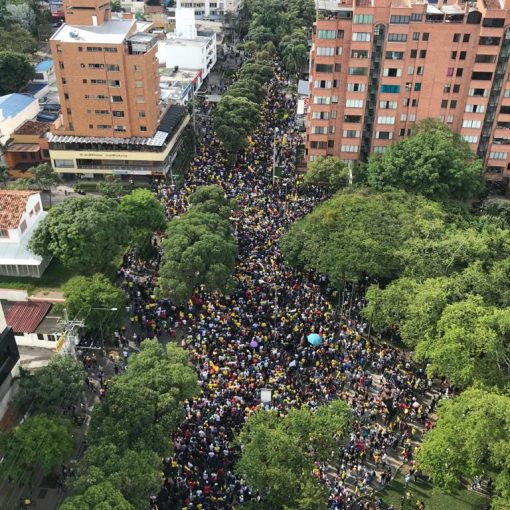 Thousands of protesters in Bucaramanga took to the streets for a 4th consecutive day in opposition to an increase of taxes on basic goods and services and the privatization of hospitals. Police attacked the demonstration with tear gas and stun grenades, with clashes continuing throughout the day at the Industrial University of Santander. 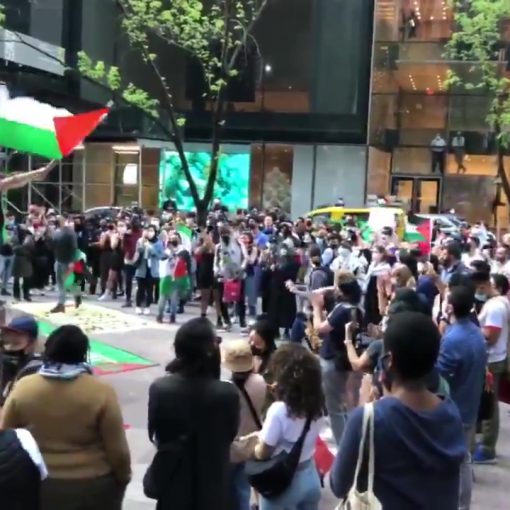 Thousands of protesters in New York City returned to the streets in support of Palestine, demanding an immediate end of US support to the internationally-designated apartheid state of Israel long accused of carrying out terrorist activities against the Arab population. 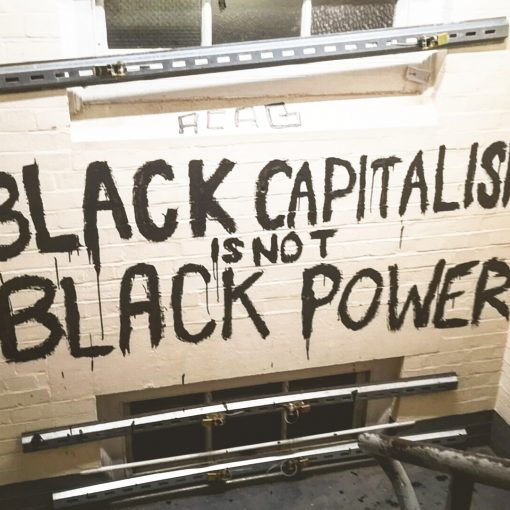 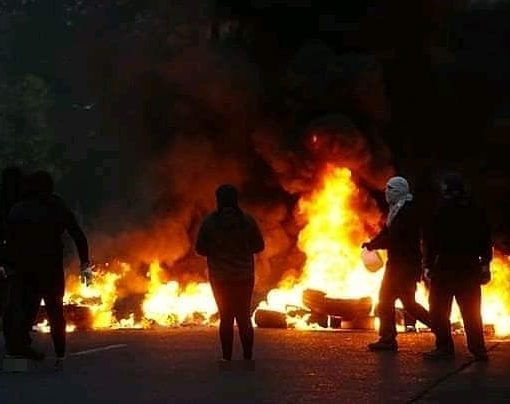 Protesters in Temuco placed barricades in solidarity with Matias Catrileo, a young Mapuche warrior/weychafe murdered by police on January 3rd, 2008, during territorial clashes between the ethnic group and the government.