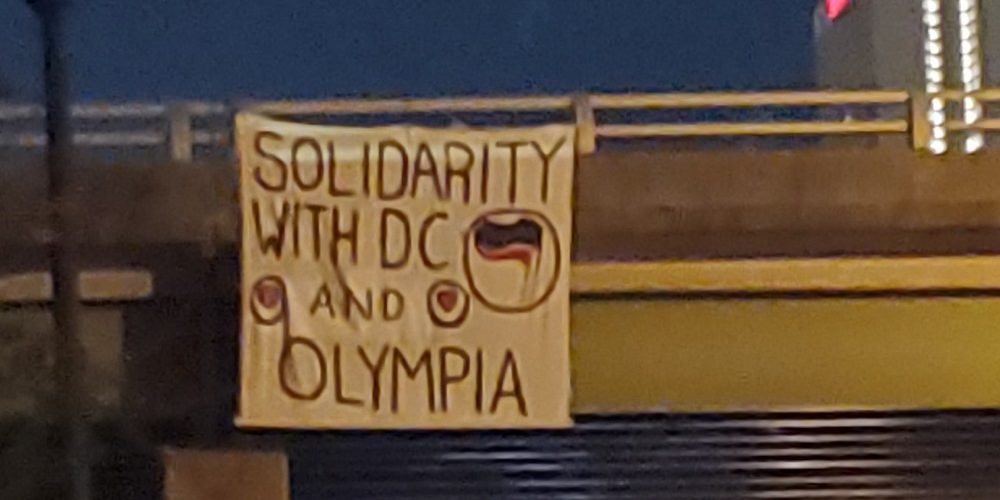 Antifascists in Atlanta dropped a banner in solidarity with anarchists and other counterprotesters at pro-Trump events in Washington DC and Olympia, both of which resulted in heavy injuries but a successful repellant of Proud Boys and other groups.

Antifascists in Atlanta dropped a banner in solidarity with anarchists and other counterprotesters at pro-Trump events in Washington DC and Olympia, both of which resulted in heavy injuries but a... 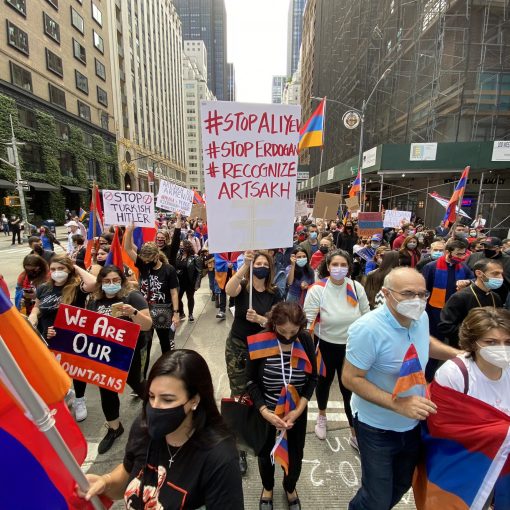 A protest of several hundreds-thousands of demonstrators took place on Manhattan on the 10th of October, in solidarity with Armenia in the Nagorno-Karabakh war which temporarily resurged in late 2020. They mainly criticized Trump’s friendly policy towards Erdogan and his Azeri counterpart and called on him to cut sales to Turkey. Protesters temporarily occupied the Brooklyn Bridge in the city as well and left without clashing with police. Assyrians, Albanians, and Iranians were all seen at the protest alongside their Armenian counterparts. 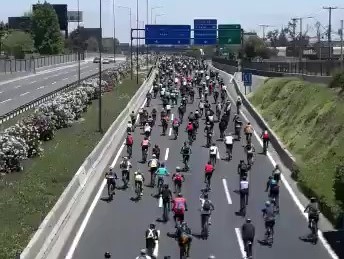 Hundreds of bikers blockaded the streets of Santiago, demanding the immediate resignation of Chilean President Sebastian Piñera after a day of protest that ended in yet-unseen brutality against demonstrators. 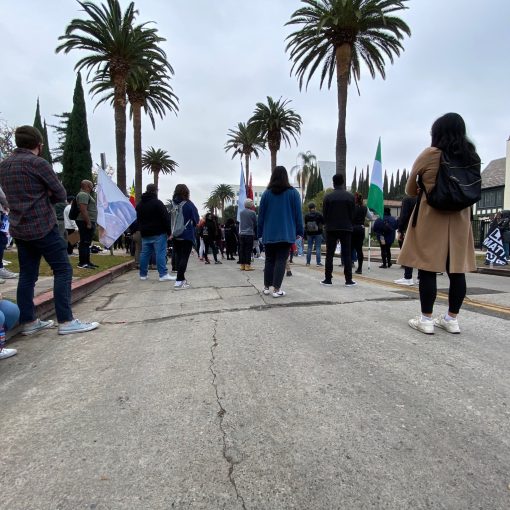 200 protesters marched on Los Angeles Mayor Eric Garcetti’s house from 6th & Irving, demanding he rejects offers of becoming Secretary of Transportation under President-elect Joe Biden. Demonstrations continue as Biden comes close to picking his cabinet, with a name expected in a few days. 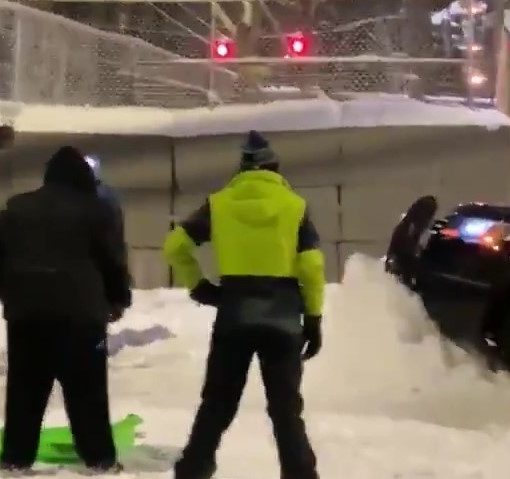 Dozens of Seattle protesters gathered at the SPD East Precinct, having a snowball fight and later disrupting police activity by building a wall of snow stopping police cars from leaving the facility.